The ONE thing every winning campaign has is a WRITTEN PLAN.

What? This is the Day 2 blockbuster? Seems ridiculous, I know. But many school campaign teams never really operate off of a written plan. Perhaps energized by a well-intentioned idealistic spirit that “The Cause” they are campaigning for is so worthwhile and good (it’s for the kids, our future, etc.), many school campaign leaders just don’t buy into the need for a coordinated and written plan. After all, who wouldn’t vote the same way they’re going to? Good deed-doers don’t need to follow no stinkin’ written plans – or something like that.

Amazingly, some campaigns do win despite a hectic, unorganized mad dash to election day. I’ll admit, given that our school elections are actually about “good things” 99% of the time, frequently voters do step up to support the schools in their community regardless of the effectiveness of the school election campaign team. “For the Kids, For our Future” is always a strong message for us, no doubt. We’re lucky to have it in our hip pocket. Just try running a campaign with a “Nuts to the Kids, Nuts to the Future!” message. Even I haven’t tried this.

But even though we school folks are usually in good shape – message wise – it’s important to come to grips with the numbers game involved and accept the reality that most campaigns (where the election proposal or request asks for more than a simple renewal) eventually win or lose by only 1-4%.

When you’re facing the likelihood of battling thin margins up through election day, it only makes sense to operate off a well thought-out and constructed written plan.

What are five components of a rock-solid written campaign plan? (beyond simplicity, ease of reading, and a loud warning buzzer that sounds if you stray too far from the core raditions and conventions unique to your community…)

#1  A campaign overview: Here is where your election proposal or request is simply stated and its supporting rationale is simply provided. Your district’s request is being brought before the community in some kind of “context.” An overview should describe it. A well-written overview also helps to answer both the “why?” and the “why now?” questions. (And it should strongly spell out the kind of approach or attitude you expect in your campaign: friendly, welcoming, informational, inclusive, respectful, etc.)

#2  A simple “what is this campaign all about?” statement: Here is where you state the simple “choice” you are offering up to voters. Consider: all elections are about a simple choice of some kind. It’s this or it’s that. It’s this candidate or it’s that candidate. Voters may need information and time to make their decisions, but on election day, every vote is always cast for “this” or for “that.”  Confuse and water down the “choice” you are presenting in your campaign and you hurt your own cause. Make sure your campaign plan has a clearly defined “choice.”

Sidebar comment: Your election choice is like standing before a crossroad. You obviously can’t select to move in both directions. So with all of the honesty and respect for the voters you can muster, define what traveling down your requested path means for the future. Then define what traveling down the other path means. Voters appreciate knowing the difference, and they’re likely to agree with you in time, but they expect you to do the work.

#3  A “how we will win” analysis: Here is where you should see how all of the votes will come together so you can win on election day. If you can’t make the numbers work (like if I was running as a Republican candidate in my hometown of Flint, MI) find another way to make a positive difference. You get the idea. I’ve seen campaigns where the “winning plan” expected certain voter groups to have a 100% turnout with all 100% voting as hoped on election day. Dreaming is good, but not with your voter numbers. The more honest your plan is about your voter numbers, the more effective your plan’s strategies and tactics can be. Look especially for how absentee voters are addressed.

#4  A complete “resource inventory:” Here is where you evaluate and list your campaign’s resources, both the good and the bad. Of course, a decent campaign budget ($$$) is needed, but so are lots of things. Most campaigns need volunteers, a compelling story with good messaging, visual appeal, highly respected school leaders (who enjoy meeting people and speaking before groups, etc.), voter and parent lists, and so on.  A broad and honest “resource inventory” will by itself be a big asset to your campaign.

I always devote a lot of time discussing and listing a campaign’s “resource inventory.” And the list should display a clear understanding of what “we will do” and “what we won’t do” in light of the campaign’s overall strategy. For example, let’s say you’ve decided early on that your district’s campaign will be low key and highly targeted, and you’ve got your “winning voter pool” already identified. So public billboards and radio ads are things that will do more harm than good. These are the kind of items that would go into your campaign’s “we won’t do this” column. And then, if a great booster parent steps forward to say that he’ll pay for billboards because he personally wants to see them up – you’re ready. Your full leadership team is already operating with the knowledge of what “we will do” and what “we won’t do.” (Because something is free does not mean it must be added to the plan.)

#5  Strategy & Tactics leading up through Election Day.  When you have clarified and written down the four campaign components previously presented, you will be in a great position to see if your strategy (the why) and tactics (the how) make sense. You’ll be able to see if your campaign structure meshes with the type of campaign you need. Here is where you should see an active plan – grounded in reality – that covers your march to success on election day. You should see tasks with role & job descriptions, budget needs, phases, benchmarks that are trackable, and outreach activities that are actually do-able. You should see a calendar and timeline that has clear accountability, yet allows room for strategic flexibility. You should see a vigorous voter turn-out effort outlined as well.

Bottom line for your written campaign plan: Discuss it with your core team. Then write out simple statements pertaining to campaign components 1-4 above. This is good information to map out even before deciding on the nature and scope of your actual ballot request. A good campaign plan cannot salvage an ill-conceived, hurried ballot request. In my opinion, preparing your own version of “components 1-4” should precede the formation and development of your campaign team structure, the campaign action plan, and its corresponding timeline.

Of course, as many of you already know, there’s still a lot more to campaigning that I haven’t touched. Hopefully, though, you will be able to look the next election campaign plan that comes your way from several new angles.

And there’s always tomorrow. Here you thought Campaign Tips Bootcamp was almost over. No way! There are still four key questions that every campaign has to answer waiting in the wings. 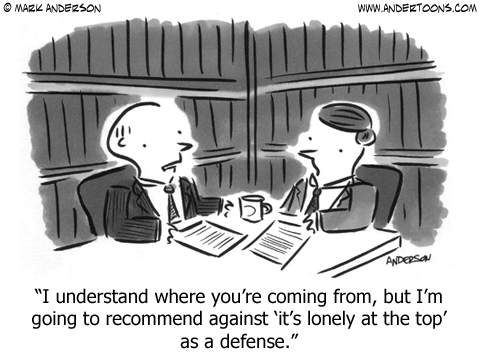