They perceive “this.” We wish it were “that.” Another gap to close.

A few weeks ago I described how a radio station gained market share after it stopped promoting “what it was” and began promoting “what it was not.”  (Here’s the link.)  I’m now discovering that there’s a lot of impact in this whole “this” or “that” straight-up comparison thing – and I think it’s now deflating my holiday spirit.

It all started when one of my daughter’s handed me an “early” Christmas present. (All right! Good ol’ dad’s in the loop!) Even though it was wrapped, I could tell it was a book. So far so good. I like books … and early Christmas presents? Those are fine by me, too.

Anyway, I opened up the gift, and sure enough, it was a book. One titled “Eat This – Not That!” by David Zinczenko, the editor-in-chief of Men’s Health magazine. The banner on the cover blazed “The No-Diet Weight Loss Solution!” (Oh brother . . . don’t like where this is headed.)

I thumbed through the pages hoping against hope that maybe this book was poorly designed. That maybe I’d see the featured food recommendations so poorly presented in a confusing hodge-podge of items that only the most attentive readers could figure out what to eat and what to avoid. Maybe . . . maybe . . .  but nope! Even without my reading glasses I could tell what food choices the book’s 48 point letters and alternating gigantic green and red directional arrows were promoting.

This “this or that” clear definition stuff really must work. And what a concept for a book: everything I actually eat pictured on the right and everything I should really eat pictured on the left. How’d the author know this about me, anyway? Without any wiggle room or gray areas to navigate, this book was causing me to squirm. . . until I noticed the sidebar commentary.

And here’s one paragraph I found interesting. In a reference to Subway fast food restaurants, the author wrote:  A recent study found that subjects ate 350 more calories at Subway than they did McDonald’s. Researchers call it the “health halo”; the tendency for diners to overeat when they believe they’re eating at a healthy restaurant.

Hmmm. So just based on a perception alone, this seems like an incredible amount of grace that consumers grant Subway. They are obviously entering Subway possessing certain rationales and expectations. And then leaving with a real-world reality (more calories) very much different than what they believed.

As a school communicator, this made me wonder. Do our community members and parents also come to us with their own “school related halos?”  I think they do. Here’s an example. It’s likely that, because it’s “all about school,” many community members and parents believe that there is ample time during the school day for K-3 students to engage in creative play, art, music, and P.E.   But, like the Subway diners, I don’t think they have it quite right. They have little understanding about the demands placed on teachers and principals. What people outside of education believe about the typical school day is often not even close to the way we wish it could be.

So yes, I guess this book was helpful after all. But I’m still checking out those other packages under the tree! 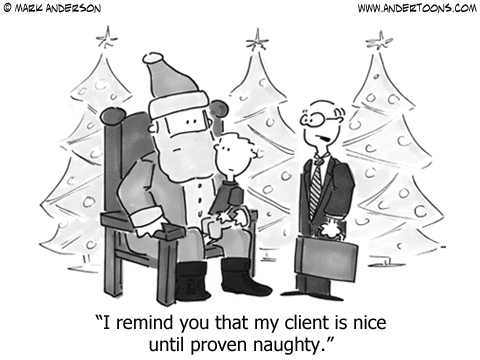