The straight path to turning around perception –

It’s not often a speaker is able to change an audience’s pre-conceived opinions about a political cause, profession, or industry. You know this as well as I do – as you’ve probably heard many earnest educational leaders make presentations to skeptical or ambivalent audiences, too. Despite their knowledge and command of the facts and figures, turning around prevailing perceptions is a tough assignment.

Minds are not easily changed. People are largely comfortable maintaining their current notions and views day to day, year to year, even if they are off the mark. They’re busy with other things. (Ouch, this hits too close to home.)

Not everyone can be “a Jamie Vollmer” and speak passionately about education (or their own profession) and share how people burden it by long-held false assumptions and beliefs. He’s an effective advocate – but even he had to invent a new word (nostesia) to describe why changing public sentiment is so challenging.

Having been in a Rotary Club audience recently for Greg Herbruck’s (Herbruck Poultry Farms) presentation, I wrote in the Encourager on Monday and Tuesday about all of his “PRE-presentation” preparation. While most of my comments relied on my own screwball guesswork (like always), Greg put several hours of preparation and practice into his 20 minute talk and it showed. (And how often have we heard a speaker do exactly the opposite? That is, prepare for 20 minutes or less and then go out and speak for 60 minutes or more?)

Greg tackled our misperceptions and indifference about eggs, farming, and egg-processing head on. Here’s how:

#1  He was honest about the problem facing his industry in the first 3.6 seconds and he stated it in a way that related to all of us. “Whatever your line of work,” he said. “Whether you are a banker, auto mechanic, educator, physical therapist, or own a restaurant, do you think the public really understands all that goes into what you do? They don’t understand my profession, either. Let’s talk.”

#2  He thought about the values and interests of our audience ahead of time and made sure to connect with them. He described a shared scenario (“Our industry requires new practices and processes today.”). He touched on shared themes (“The egg farms in our collective are still 97% family owned operations. We’re collaborating in new ways.”) He emphasized shared hopes for economic development (“Agricultural makes up about 30% of Michigan’s economy. Egg farmers are major players.”).

#3  He projected a photo of a beautifully maintained ’57 Chevy convertible. He asked us who’d love to own this classic? Every hand shot up. He then noted that this car did not have air conditioning, did not have power steering, no seat belts, had awful gas mileage, no iPod dock or stereo speakers, and no beverage holders (the real deal breaker!). He then projected a photo of a traditional family farm taken back in 1957. In fact, the photo was his boyhood Herbruck farm. “Like Chevrolet, egg farms have had to change.” he said. “The public needs to know this. We need their understanding and support. It’s the only way we can survive and prosper.”

#4  He used a sole “mega-fact” to solidify his credibility with the audience. Without bragging, Greg said that his family’s egg farm provides the eggs to every McDonald’s restaurant east of the Mississippi. Exclusively. 100%. He told us that it was likely each of us had eaten more than one egg from his farm. He asked, “Would you like to know how we get eggs from our farm to McDonald’s?”  We did. (Maybe Rotarians are a more go-with-the-flow crowd than educators, but I doubt it. We’re talking food here, remember.)

#5  After rolling out his mega-fact, Greg looped back to another pivotal moment in the life of his family’s farm. He described how his family members wrestled with the reality years ago that they’d have to sell more eggs (like a zillion of ’em) to survive and grow. He said, “We had to make a choice for the future of our farm operation. Did we want to be a minimizer (a cost-cutter) or a maximizer (an investor)?”

#6  He announced that his family chose to become a “maximizer egg-processing farm” and for the next few minutes he used a few short videos, simple charts, and single-item bullet point slides to show us what it all meant. In minutes, I learned that a “maximizer egg-processing farm” taps into the latest technology, strives to attract the best veterinarians and poultry nutritionists, listens to the needs of today’s consumers like never before, collaborates with others to expand markets, and invites (instead of running from) all of the quality and poultry care audits McDonald’s and other agricultural inspectors require. (There’s no summary quote from Greg to offer here. He used his audio and visual tools to let family members, employees, and customers convey this part of the story. Nice trick. What the marketing experts say about the value of testimonials is true.)

Greg covered all six of these points in about 10-12 minutes. His ’57 Chevy example quickly showed us how we could learn new facts and change our perceptions without needing a blood transfusion. The growing affinity he was stroking with his audience was not accidental.

The remainder of his presentation covered his farm’s commitment to conservation and the environment, improvements in poultry care, the creation of beneficial new partnership, meeting the “consumer demands” across multiple generations, and the importance of “hiring right.” (You still interested? We sure were.)

So I’ll review his final points on Thursday. (And dang, I wish that “57 Chevy had beverage cups. I’m perfectly happy with the Tigers on am radio!) 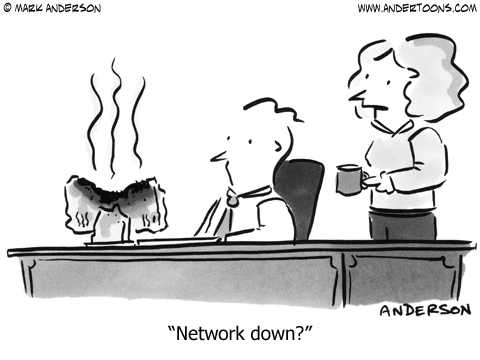