Easy to say. Hard to do.

But at least this Encourager has nothing to do with Portland… tah-dah!

So count this as a blessing today. (I am.)

Perhaps you’ve noticed the “Think Different” video making it all around many social media circles lately. 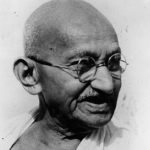 This video was created in 1997 and I marvel at its staying power – especially since the tagline which underscores most of what I write could rightfully be “gone by noon.”

Somehow though, you’ve got to love any video that begins with the words “Here’s to the crazy ones…”

School communicators aren’t ever mentioned, but oh, we could be!

Here’s the link to the video. It’s one minute long and features Gandhi and 16 other 20th century world changers.

Still using a format that we could copycat for a school video – although none of us would ever consider this, of course – this video was credited for significantly re-branding Apple after Steve Jobs returned 16 years ago to guide the company. 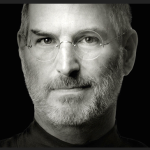 Apple has a distinct brand and culture.

Every school district has a district brand and culture.

When I watch this video and “think different” about the school communication possibilities… I wonder if I could ever initiate a concept this bold.

I usually feel rebellious just ratcheting up “timid” a notch.

Three years before this video aired, Steve Jobs said this in a PBS documentary.

When you grow up you tend to get told the world is the way it is and your life is just to live your life inside the world. Try not to bash into the walls too much. Try to have a nice family life, have fun, save a little money.

That’s a very limited life. Life can be much broader once you discover one simple fact, and that is – everything around you that you call life, was made up by people that were no smarter than you. And you can change it, you can influence it, you can build your own things that other people can use.

The minute that you understand that you can poke life and actually something will, you know if you push in, something will pop out the other side, that you can change it, you can mold it. That’s maybe the most important thing. It’s to shake off this erroneous notion that life is there and you’re just gonna live in it, versus embrace it, change it, improve it, make your mark upon it.

The line that’s the zinger for me is “The minute that you understand that you can poke life… you can change it, mold it.”

It’s sure not this high-minded at home, however.

The pokes I get in my midsection there are only prodding me to “eat different.” 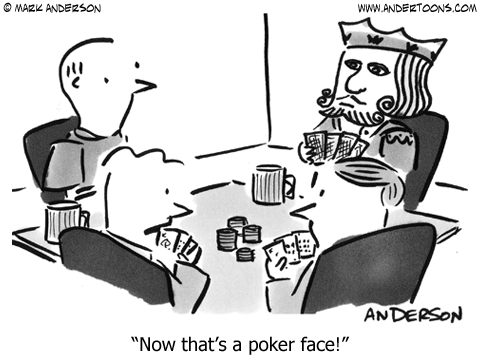