When I read that 30 percent of 12- to 17-year-olds have sent or received nude or nearly nude pictures over the Internet, I was shocked and suspicious.

More than 70 percent of teens are smarter than that – aren’t they?

So, I asked my 19-year-old daughter Sierra, whether she had any firsthand knowledge in middle or high school of the practice colloquially known as “sexting.” 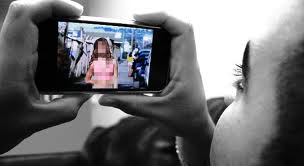 It’s a criminal offense to transmit a sexually explicit photo of a child less than 18 years old, even if the child took the picture him or herself. The receiver can be prosecuted if he asked for the photo, even if he or she deleted it without forwarding it.

Yup. Sierra recalled that during her junior year she was working with a male student on a group project when he received a text-messaged photo of a female classmate on his smartphone that left little to the imagination.

Sierra said the guy was ticked off. He said he’d received a similar “sext” the night before, and so had one of his buddies. The girl had sent them herself. They barely knew her. They were so ticked that they had cornered the girl’s boyfriend in the commons before school.

His response? A shrug as he sighed, “I wish she’d stop doing that.”

I haven’t met a teenager yet who didn’t enjoy attention for how they look. Impulsiveness and sexual exploration are part of teen territory. The fact that teens today are tethered by choice to computers (their cell phones) with cameras creates a perfect storm for sexting. Youthful indiscretions are easily transmitted and archived. To make matters worse, it’s next to impossible to erase images once they’re zipped onto the information highway. 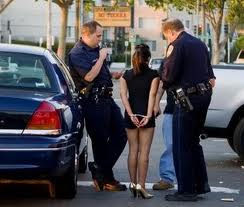 Sexting can be criminally prosecuted if the person in the picture isn’t at least 18 years old.

I assume that peer pressure curtailed the incident my daughter witnessed. (The boy wouldn’t tell the teacher because his cell phone should have been tucked away during class.) Sierra has seen the sexting girl often enough since graduation to conclude that she was never sent to jail.

Indeed, Sierra – probably like most teens – was unaware that a minor can be criminally prosecuted in most states for sexually explicit pictures they snap of themselves. Laws are relaxing in a few states, but it’s felony child pornography in the eyes of most.

The National Center for Missing and Exploited Children defines sexting as the practice of young people sending sexually explicit messages of themselves or others to their peers electronically.

“Sexting” is a recent phenomenon. There’s no consistent definition of sexting in research 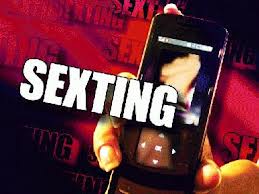 The word “sexting” is derived from the words “sex” and “text,” as in a text message.or law. Generally, sexting isn’t “criminal” if both sender and receiver are 18 years of age or older.

(I also asked my 23-year-old son Justin whether sexting is common among his peers. “Mom, that’s kids stuff,” he scoffed. “We don’t need pictures. If we want sex we can just go get it!” (Yikes! Just what a mom wants to hear.)

According to the Pew Research Center’s Internet & American Life Project, the most common sexting scenarios are:

•  Exchanges of sexually explicit images between people who aren’t in a relationship, but at least one of them desires romance.

Sierra’s story got me wondering what would have happened if a member of the school’s staff had seen the student receive the sext – or had caught wind of the subsequent confrontation in the commons with the sender’s boyfriend.

“Did you ask for this?” should always be the first question raised, according to 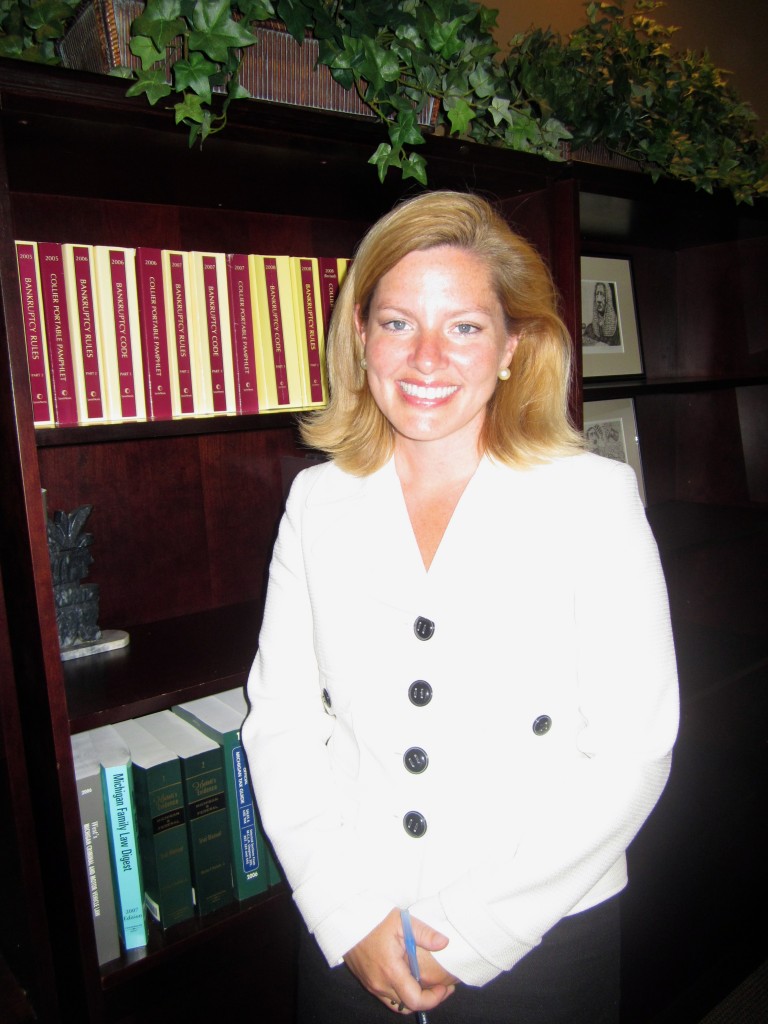 Stephanie Tuttle, a lawyer in Grand Rapids, Mich., who speaks to groups of students and parents about the criminal implications of sexting.

“That answer informs the next steps to take,” Tuttle said. “If there’s a reason to believe the picture was taken or sent to coerce, bully, or harass, the school needs to involve the authorities immediately.

“If those elements aren’t present, and the student says the photos arrived without encouragement,” Stephanie said, “he or she should be instructed to send a strongly worded reply warning that this can never happen again and save a copy of that message. Then they need to block the sender.”

But, if the student asked for the pictures, school officials may choose to address the situation with the student and his or her parents. Serious cases, however, should be referred to authorities immediately, Tuttle said.

Stephanie says her own teenage children and their friends don’t admit to knowing anyone who sexts, but she continues to warn them. She has spread that same message in a dozen Southwest Michigan schools in 2012.

Here’s what she says to students:

• Never take sexually explicit photos. Stop now if you are.

• Parents are legally responsible for what’s on electronic devices in their household.

• Deleting a sexually explicit photo isn’t enough. Have your computer wiped. Buy a new SIM card for the phone.

• Acquiring a used computer or cell phone? Follow the advice in the previous step.

Stephanie’s commitment to prevention grew out of representing a male client in his early 20s. A police investigation found he’d asked for nude photos of a girl who was not quite 18, and he reciprocated with photos of himself. They never had a dating relationship.

The photos were deleted without being forwarded, but that didn’t matter when police obtained a warrant to seize his MacBook, then used forensic software to recover the deleted images. He faced felonies for taking, distributing, and possessing sexually explicit pictures, as well as for using a computer to commit a crime.

“We were able to get a reduced sentence of six months in jail, but the course of my client’s life has been dramatically altered,” Stephanie said. “Michigan law requires him to register as a sex offender for 15 years. This restricts where he can live, the kind of work he can do, even who he can date.”

The client wanted to be a teacher. Now he’s barred from schools and contact with children less than 17 years old. 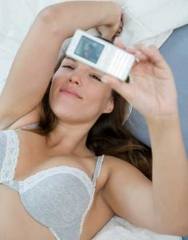 A teen’s youthful indiscretion can be nearly impossible to delete from the Internet.

Shortly after her client was sentenced, Stephanie got a call about a 16-year-old girl who had sexted a 17-year-old boy, who had set his smartphone to forward messages to his school email. The high school resource officer, who monitors the mail, got an eyeful.

“I want my legal practice to grow,” Stephanie said, “but not because of sexting.”

Too many who are landing on the sex offenders registry are children, not child molesters, Stephanie said. She hopes Michigan follows Ohio’s lead and considers reducing sexting between minors from a felony to a misdemeanor.

What schools can do to prevent sexting

Educators don’t want to think about sexting as the new relationship currency any more than parents, but Stephanie says adults must accept that teens today are very sophisticated. Smartphones make accessing information and communicating it so easy that their use by people of all ages should be expected to increase — fast.

I know I can’t imagine living without my iPhone. Teens can’t, either.

“This is an opportunity to teach kids how to operate in the real world,” Stephanie said. “Give them information to make good choices. Don’t shelter them from ever having to make a choice.”

Schools can help prevent sexting by providing students and parents with information about criminal penalties at the beginning of each academic year, Stephanie said. This is essential if the school has a one-to-one computer program, she said.

Receipt of this information should be acknowledged with dated signatures, just like the written “acceptable use of technology” policies and agreements that are staples in most school welcome packets, she said.

Want to get a fuller understanding of sexting? Read this article.

Feature photo illustration by Pooja Brahmi. Photo of Stephanie Tuttle by Kym Reinstadler. Other photos from Google Images and credited and linked when possible.