In a TED video last month, a presenter described the history of communications since the beginning of time – or basically the last time the Detroit Lions have won a championship.

He pointed out that the Web 1.0 consisted of one-sided, one-way internet communications.

He said Web 2.0 communications moved us toward real “two-way” internet conversations and he predicted that Web 4.0 would involve multiple conversations relying on multiple language translations in real-time.

The Ted presenter didn’t mention the Web 3.0 at all.

This provides me with a blank canvas for defining what I think the Web 3.0 is all about. 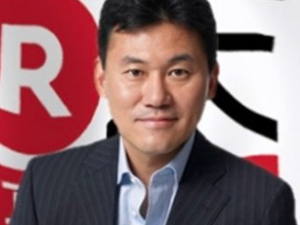 In his book published in 2013 called “Marketplace 3.0,” Japanese CEO Hiroshi Mikitani tells how companies and organizations today are about to experience the next “digital sea change – an evolution driven by personalization, intelligent search, and user behavior.”

Mikitani doesn’t say that organizations and businesses should see the world his way. He just believes that conventional wisdom is under severe stress today, and that for his 7000 employee company (Rakuten) to survive he must wrestle with several entrenched Japanese traditions and customs.

In order for Rakuten to grow into an international marketplace leader, it must be well-positioned for success in a  Web 3.0 environment.

So Mikitani set in motion a strategy that stunned me a bit as a school communicator, something I couldn’t imagine happening within our own organizations without controversy.

And usually the media can satisfy its appetite for controversy without any help from me! 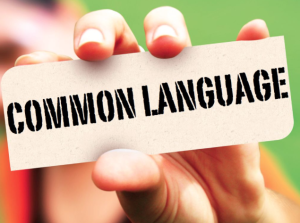 His rationale was simple: “English” is the international language of business agreements and transactions. And it also provides the clarity of meaning sorely needed by 21st Century collaborative partners.

Mikitani said that in Japanese, you could ask a co-worker inside your office if it was raining outside, and the co-worker could respectfully respond to you with “I hope the sun will be shining tomorrow.” Obviously, you were not ignored. Certainly, you got an answer. But the whole exchange was void of any real meaning that you could use to move forward.

This kind of ambiguity common in the Japanese language drives Mikitani bonkers.

So, at Rakuten, he buttressed his uncompromising English only mandate within Rakuten with a sizable investment in English language training programs, software, classroom teachers, and individuals tutors.

I was relieved to read later that nearly 95% of Rakuten’s sizable workforce achieved Mikitani’s directive for English proficiency and avoided pink slips and sanctions. In fact, morale as improved.

As the company discovered unparalleled growth, the previous anxiety widespread within the ranks evaporated as workers experienced increases in job security and pay.

Rakuten tackled the Web 3.0 challenge, but it wasn’t been easy.

Was it organizational force, job threats, and the possibility of more pay that prodded the change?

(The ol’ paycheck has my vote!)

Or was something else in play, too?

It’s possible that because Rakuten’s employees already had familiarity with the English language in their earlier school days, they were better suited to acquire and develop new language skills.

In a short paragraph summarizing a recent language study by the University of Luxembourg, it was underscored that bilingual people (including those categorized as only “minimally bilingual”) consistently demonstrate higher cognitive function than those who only speak one language.

I know I often “connect dots” in ways that defy logic and the laws of physics, but this language study makes sense.

Mikitani’s tactic might have also upgraded the overall skill base at his company without him knowing it.

In other words, he caught a break. 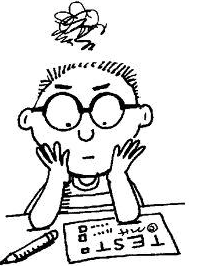 His employees already possessed a high propensity for learning that fast-tracked his “English only” mandate.

Web 3.0 is the explosion of communications (largely in English) now exploding through the international marketplace.

Not that the mystery of the Web 3.0 is solved, I’m moving on to other priorities.

Knowing that English is “the language of business agreements, transactions, and provides the clarity of meaning needed by 21st Century collaborative partners,” I’m going to work on passing those English proficiency exams I’ve been putting off.

In about two years, think about what a great writer I’ll be.

Tom Page, SCN
(This Encourager was originally posted in April, 2013.) 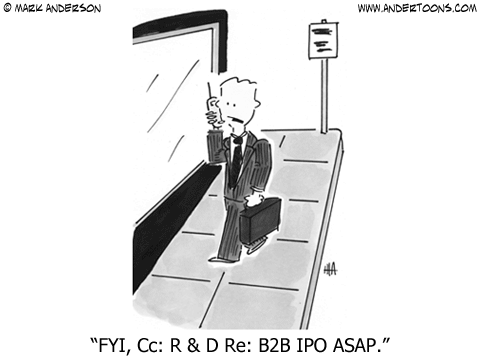