Here’s a new perspective on all of your communications clutter.

At least, I hope it’s a new perspective.

Usually when I get excited about something and toss it out to others, I find out that I’m the only one in North America who hasn’t already heard, seen, read, tasted, joined, quit, downloaded or tried out “whatever it is” that I’m excitedly trying to point out to everyone.

And boy, oh boy, I hope I’m not doing this again.

Some people aren’t afflicted by such bad luck and they make me jealous.

They always get to push out their chests and confidently say that they’ve “been there, done that” while I always have to admit in a hushed whisper, “been there and missed it.”

More than once I’ve referenced an article to friends as a “cutting edge zinger of an expose” only to find out later that it came out of a magazine from 1987 that I read while waiting for my car’s oil change.

Boy, oh boy, I hope I’m not doing this again.

But I did find an interesting article that is worth risking the highly prized reputation of the Encourager on. So I’m going to take the chance that you haven’t seen it yet.

You can probably tell right away why I was intrigued by her work.

Her name is Rebel. My name is Tom.

She writes about neuroscience all of the time. I’m writing about it just once.

I should throw in the towel right now, but I won’t.

Ms. Brown (aka Rebel) wrote in The Huffington Post that each one of our minds is like a “quantum computer” – in which our unconscious mind routinely takes in 11,000,000 bits of information per second, sorts through it, and then sends on about 126 bits of information per second to our conscious minds, the location in our brain where we think about stuff and take action.

With only such a teeny-tiny amount (.0000122) of the total available data actually making it to our conscious minds for “thinking,” Ms. Brown states that it’s no wonder we all see reality so differently. Every one of us is applying “selective attention” in our own unique way.

If you’re asking yourself “so what?” (like I did) – read the article all the way to the end.

She provides three actionable “Starting Today” suggestions that surprised me.

Which, of course, are probably the very same three suggestions you learned about from somebody else back in April, and are now no longer surprising to you at all.

I’m discovering that “life isn’t fair” – and please don’t tell me that you’ve already heard this one, too. 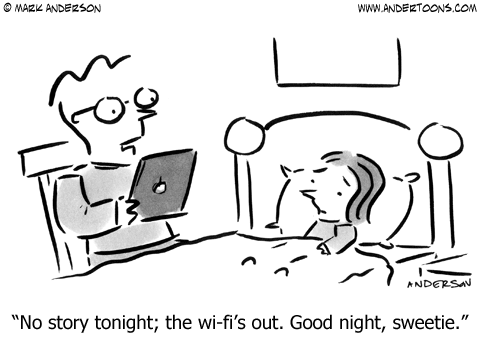