I repeat those two words as I sit at my computer writing.

Remembering the shortest verse in the Bible is how I remind myself that there’s power in brevity. St. John’s succinct account of Jesus’s deep emotional response to news that his friend Lazarus had died reminds me how much can be conveyed in two words.

Being concise does not come to me naturally, even with a reminder that means so much to me. 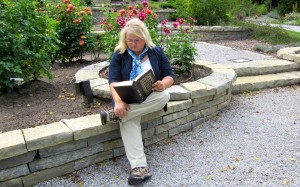 Kym Reinstadler reading Moby-Dick. (She couldn’t finish it. “Too long!”)

Former newsroom colleagues used to chide that I must have been a Russian author in a previous life. My feature stories were the newspaper equivalent of “War and Peace” and “Crime and Punishment.”

The more I liked a story, the more likely I was to feel indignant about criticism based on length alone.

I responded like Mozart in the movie “Amadeus,” on the opening night of “The Marriage of Figaro,” when the emperor tells the composer his opera contains “too many notes.”

Mostly I took the teasing in stride. After all, nobody was saying my stories were boring. They were only saying they were longer than the norm. Sometimes bigger is better.

As an education beat reporter I worked hard to uncover facts and get quotes. I’d cram everything that was interesting into the story.

A Bitly approach is for Twitter, not front-page news.

Detail makes writing rich. But it can also bog it down.

What worked for Herman Melville when he published “Moby Dick” 160 years ago, wouldn’t be tolerated by editors or readers today. (The whale is white. We got that, Herman. Droning on about the color is unnecessary!)

When I began as a reporter in the 1980s, longer stories were not unusual. Perspective, depth and balance were valued and — if the issue was complex — editors accepted that it would require real estate on the page to do it justice.

My editor would often read my stories and chuckle, “You had a lot to say!” then send it to the copy desk without deleting anything.

I loved those days.

New technologies have revolutionized communications. To keep pace, a new generation of editors requires news stories to be published on the Web almost instantaneously with photos and audiovisual elements. And stories have to be shorter — about a third the length they were 25 years ago.

I knew newsroom mandates weren’t directed at me personally, but I felt pressure to adapt. I resolved to learn to write tight.

Even today it sometimes feels wrong to me to give high credit to writers who write less. But I get it. Some of the most prevalent forms of writing today – email and text messages, social status updates, feedback loops, news letters – are all short-form writing.

Purists can always write for literary journals, right? (Sure, if they don’t mind being paid in free copies. Institutional support for low-readership magazines is suffering with pressure not to raise tuition.)

My quest continues. (The Impossible Dream?)

I’ll share a secret. As lead writer for SCN, I still feel like an odd duck using a blogging platform. Although I like that we publish online and don’t have a financial bean-counter monitoring paper and ink costs, I want to make sure that I’m not over-writing it, over-doing it.

Perhaps nobody is counting but me but I’m painfully aware that our “Huddle Up” and “Comm 101” bloggers (Mark and Rob) post commentaries that are about a third the length of mine.

So, I’m determined to continue adapting my skills. That’s why I enrolled in an online workshop at Poynter News University called “The Power of Writing Short.”

It was taught by Roy Peter Clark, author of three books on writing. I think of Roy as the E.B. White of our time.

Roy (who uses his middle name in conjunction with his last name so as not to be confused with the pickin’ and grinnin’ Roy Clark of Hee Haw fame) cares deeply about good writing.

I’ve heard him describe what he does as “The Hokey Pokey Clinic” (i.e. the place where a writer can turn herself around).

Want to do some twisting of your own? Check out Roy’s blog Writing Tools, and his book by the same name, for SHORT and practical tips about how to improve your writing. You can also get his podcast via iTunes U.

Roy opened my eyes to the fact that a preference for short writing is nothing new.

It’s the best way to alert, converse, enshrine and motivate. 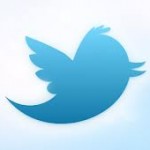 It’s even a good way to report breaking news, Roy says. Reporters are using Twitter, which limits each post to just 140 characters, as serial narratives.

The key to keeping it short, Roy says, is including only the most memorable and essential details.

In a short piece, a writer must create tension right away. Every word has to carry weight. Being emphatic makes web of words stronger. Save the most important word for the end of the sentence.

“The cooler the text, the clearer you’ll be able to see which words are doing the most work and which you can jettison,” Roy said. “Let the piece sit, if only momentarily, and you’ll be able to make it shorter.”

One side note: Roy says it’s “a clumsy calculation” that writers will be able to produce more stories if their pieces are short.

Reminds me of that Mark Twain quote, “I didn’t have time to write a short letter, so I’ve written a long one instead.”

I’ve still got a lot to learn. 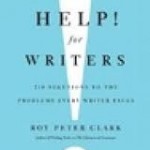