My teen-age daughter Sierra had been working part-time job in a fudge shop for six weeks. It was time for me to ask how things were going. 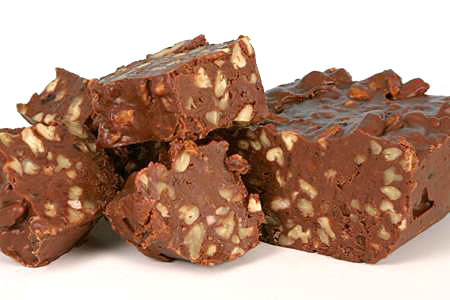 After a telling silence, she said, “Mom, I dread it. There’s been only three days when I wasn’t crying, or on the verge of tears, by the time I clocked out.”

The owners, she explained, are impossible. Dip a strawberry a fraction too far into the chocolate fondue, or use the wrong size tissue to remove a truffle from the showcase, and the owners “scold you until you feel like you don’t have a brain.”

A friend later told me that belittling employees was standard practice for these shop owners and parents in-the-know don’t allow their children to work there. Sierra said that the owners were proud of running a business where less than 20 percent of new hires survive their first week. Leave it to my resilient daughter to stay resolved to keep receiving a paycheck.

I was proud of her, but aghast just the same. Working in a candy store should be the definition of a sweet job for a teen-ager!

What, I asked, made working in this shop intolerable?

Deaf to employees and customers.

Sierra offered this example from her latest shift: A young couple with two children came in for hot chocolate and coffee. The man requested “real sugar” from the kitchen, not sugar in packets — for his $4 cup of coffee. Granted, it’s an unusual request, but Sierra tried to accommodate, taking a paper condiment cup to the kitchen to dip bulk sugar.

An angry owner intercepted. Sugar for coffee comes in packets, the owner said sternly. When Sierra returned to the counter with an empty cup, the customer was ticked and demanded she try again. But the owner popped out of his office, this time berating her for being “too stupid to know it’s the same sugar.”

By the time she returned to the counter shaken and sugarless, the exasperated customer was already herding his family out the door, yelling, “You expect me to believe you don’t have sugar here when it’s obvious you make candy!”

Sour situations have a ripple effect.

What short-term thinking from the shop owner. He just threw away one family’s future purchases over a teaspoon of sugar.

And yes, I’ve now become one of the in-the-know parents who spread the word that, no matter how much your teen-ager needs job experience or money, you can’t afford to let her work at this fudge shop.  You both may need therapy afterward!

Wondering if Sierra was experiencing age discrimination, I asked her if the owners were demeaning to older workers as well. “Yes,” she said. “They’re jerks to all the help. They don’t  think any of us have good ideas or common sense.”

Wow. Talk about a management philosophy with shortcomings.

Here’s how to be different: Value everybody!

Rather than stay on this negative track, I reviewed some of the more positive hiring and training approaches promoted by more effective business leaders.

A fantastic example comes from Bill Capodagli, a management consultant who is an expert on Walt Disney. Capodagli and wife, Lynn Jackson, wrote “The Disney Way,” a business book that describes Disney’s guiding principles in creating his wonderful world and the world’s most recognizable brand.

Capodagli says Disney believed that every employee is capable of and responsible for creating “magical” moments for theme park guests.

While researching his book, Capodagli found a letter from a couple who stayed with three young daughters at a Disney hotel. Each daughter brought a teddy bear on vacation, but kept them in the room for fear of leaving them in the park. 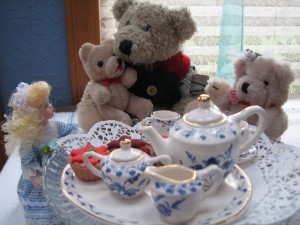 A housekeeper “imagineered” this magic. The hotel manager didn’t know about it until a thank-you note arrived later. Housekeepers are valued “cast members,” as are animators, engineers and landscapers, Disney told Capodagli. Everybody is encouraged to perform their duties creatively.

Capodagli’s book also tells a story about Walt Disney insisting that construction workers who built Disneyland’s Pirates of the Caribbean ride and rate it before the attraction opened to the public.

A worker from the Caribbean said the boat ride didn’t seem authentic because there were no fireflies, which Disney gratefully remedied by adding twinkling lights.

Give your school the “Disney Difference.”

Duly noted: Successfully running a candy shop or a Fortune 500 entertainment company is not the same as running a school. But the trust (and value) we need to have for every member of our school team is not all that different.

[pullquote]Our objective to create good learning and social experiences for students and their families is not without its difficulties. Who is not challenged in making our schools consistently safe and fun places to learn and work?[/pullquote]

School communicators can take the lead in welcoming ideas for how to meet your school’s objectives from every corner. Listen to what people are saying. Hold the feedback up to the mirror of your school’s vision. And then be the ones to keep the ideas on school leadership on the front burner.

No school should knowingly decline due to lack of “repeat business.”

How our schools value both employees and customers – however we define them – is foundational to retaining high levels of support and respect. This truth is hardly earth-shattering.

Can’t we work and have a little fun?

Sierra learned a lot about how she doesn’t want to be treated at that fudge shop, which informed how she treated employees on her next job, a “fun” bagel shop where she was  promoted to assistant manager after six months.

If she becomes a mother, would she send her child to the rule-bound school or a school that, like Disney, kindles a sense of wonder for learning?

I think you know the answer.