When I told a college friend ­– now a middle school science teacher in Louisiana – that I was going to interview a retail specialist to get ideas for promoting schools her eyes squinted as if she was trying to bring something obscure into focus. 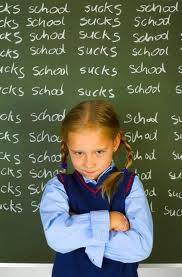 “Schools don’t have to be advertised,” she scoffed. “Attendance is compulsory.”

Yes, the law may require children to attend school, but which school parents actually send their children to has a lot to do with “marketing” — the realm way beyond a school’s program offerings, school calendar, and the superintendent’s welcome message on the website.

Parents today do, indeed, have a range of school choices available to them. You know what the choices in your community are better than I do.

Gotta do it now. Stand out. Get noticed.

How can schools stand out in a field of competitors? How do they create a welcoming environment? How do they garner loyalty so that kindergartener Johnny comes back for first grade, and second? How do they make themselves a valued part of Johnny’s development that his parents won’t consider enrolling their younger daughter anywhere else? Loyalty is not something to be scoffed at.

And that’s why I sat down with Bob Negen. 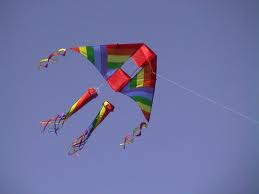 Negen founded the Mackinaw Kite Co., a chain of specialty toy and kite stores, in 1981. He was only 23 years old, and had just graduated from college. He says he’s always loved flying kites, and, well, the idea of getting a “real job” was just too unappealing.

It didn’t take long for Negen to realize that his passion for kites would not be enough to keep his business profitable.

Negen said strategies he used over the next 20 years to morph a “paper-and-string” toy into a $3 million a year business are applicable to schools and other endeavors that aim to survive and thrive.

Negen soon realized that he wasn’t really selling kites in his bricks and mortar operation, he was selling “fun.” His kite shops became toy stores. He organized the annual Great Lakes Sport Kite Championships, one of the largest kite festivals in the world, which has helped promote kite flying as a universal eco-friendly hobby for all ages.

“Whether it’s kites, yo-yos, plants, panty hose, or public education,” Bob said, “it’s all about giving your customers the kind of experience that makes your business memorable and increases their participation.”

When it comes to K-12 education, parents are the primary customers, Negen noted. Increasing their involvement in your schools has to be a top priority in your school marketing plan. The fact that parent involvement plays such a significant role in student achievement makes this objective a double winner.

Negen believes that when parents have ongoing involvement in their child’s school they more readily accept how school personnel value them and listen to what they have to say. From their own experience, they see how much the school cares about their children.

Active parents are probably the least pushy, he deduces. “Most often, getting one’s way is ultimately less important than the act of being heard,” he said. “This is likely true in school settings as well. Parents who believe schools have treated them well will be inclined to reciprocate, spinning a web of indebtedness that boosts value.”

“Marketing, essentially, is communicating the value of something,” said Negen, who launched WhizBang! Retail Training in 1999. “Everybody in a school’s inner circle knows the value of an after-school program, an upgrade to athletic facilities, new technologies for the schools. But it takes direct, quality communication for people in all of the outer circles to understand what’s promoted and lifted up within a school’s inner circles.” Bob Negen: Say thank-you!

What’s at stake for good school communications are “quality of life” areas so those entrusted to do it need to get their message into the public and keep it there, he said.

Retailer Bob Negen has some tips for you.