It’s not all sweetness and light . . . what don’t they like?

Have you sat down and listed your most frequent customer complaints?  If not, do it today.  Call together a few of your seasoned colleagues, grab a fresh cup of coffee and pull out a pen and some paper. 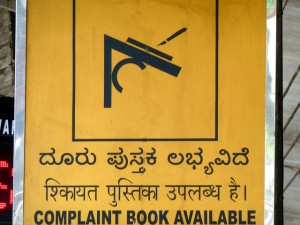 The sad fact is we probably know what they are but we never take the time to prevent them from happening in the first place.  So after you make your list, I’d suggest you learn from a couple of giants in the industry and take steps to prevent complaints and manage the expectations of your customers.

Tom Peters told a story about FedEx at a conference I attended several years ago.  He said he always marveled at the fact that he could set his watch by the time the FedEx delivery person came through the front door.  One day, Tom asked the man, “How is it you can organize your day so efficiently that you run in here exactly at the same time every day?”

“Oh excuse me, Mr. Peters,” began the FedEx employee, “but you never see me run.  That’s against company policy.  Because if you see me running you might think I was late.  And FedEx is never late!”

What are you doing to manage expectations at your school?

A few years after that I was at the Disney Institute studying their customer service models and learned that Disneyworld has a vice president of parking.  Their research found that parking was the number one area for complaints.  And what was first on the list of parking complaints?  Forgetting where the car was parked in that massive lot.

After extensive research the vice president of parking learned that if they repeated four times where the guest parked, it dramatically decreased the number of complaints.  Check it out the next time you visit Disneyworld:  By the time you step out of your car until you unload at the Park’s entrance you will hear at least four times, “Remember!  You parked in Goofy Green!” 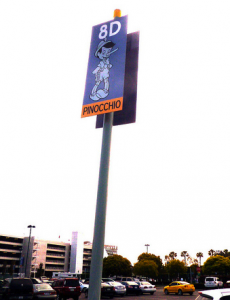 Disney took it another step in the parking lot.  All day long their team of employees scour the lot identifying cars where lights were left on, keys were still in the ignition, tires were flat and in some cases the car was locked with the engine still running!  There were enough common problems that they preprinted post-it notes (in the shape  of Mickey Mouse, of course!) that gave the car’s owner instructions on how to board the tram, go to the transportation center, get help and be on their way in less than 25 minutes.  Wow!  What proactive customer service.

There no reason you can’t create some similar magic within your organization.  It’s certainly worth doing because as we all know:  an ounce of prevention is worth a pound of cure!