But you never know – I haven’t actually tried it yet.

And Vanessa Temple is a top contributor to it. 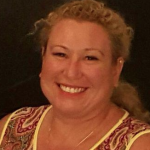 She’s the “Head of Foundation Years” at the British Hartland International School in Dubai.

I thought I’d better point her out to you on Twitter now before she blocks me or files a spam report.

But I’ve found the majority of her tweets and retweets to possess a certain charm, consistently containing a sense of whimsy and offering a “brief glimpse” into the culture for learning at her international school.

If you can squeeze out the time to see a few @HartlandEYFS you may think (as I did at first) “Huh, what’s the big deal? I don’t see anything so earth-shattering.” 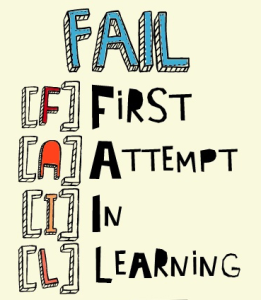 But keep on scrolling … the idea gems keep popping up.

Here’s one of her retweets.

How can you not love this message?

A “fail” is just your First Attempt in Learning.

School communicators could sure do a whole lot worse than to be the premier promoters of a solid message like this in the new school year.

If you’re thinking that highlighting this graphic’s message is the simple PR idea I wanted to spring on you today, it isn’t, but I can understand why you might think so.

Failure is usually low-hanging fruit for me.

Often hanging so low I must carefully watch my step to make sure I don’t trip over it. 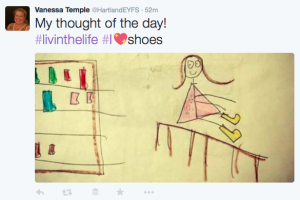 No, here’s the tweet from Vanessa that made me think, “Hey, I could do this!”

A simple thought of the day.

A photo easily taken and shared.

Inspired by a young child’s art.

With two fun hashtags included: one expressing a personal joyful state and the other calling out those yellow shoes in a way that’ll make you smile.

At least I smiled. 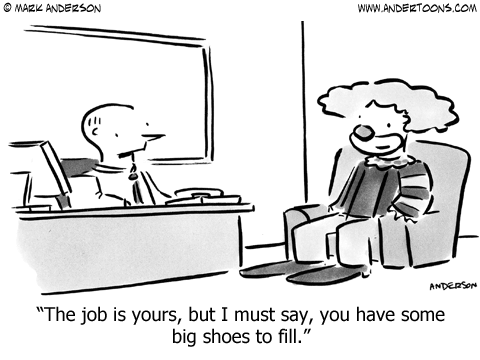