For once, my topic and its timing match up perfectly!

Given that the 2018 Olympic Games start today in South Korea.

(Now… don’t get used to this, though. It’s likely I won’t be able to pull off this kind of relevancy again until the Tokyo Olympics in 2020!)

As the world begins to observe the daily “medal count” it’s a good idea to remind ourselves about the common path all of the Olympians took to their success. 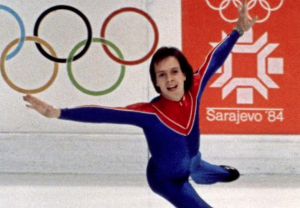 “I’ve fallen in front of thousands in arenas and in front of who knows how many people watching on TV.  Early in my career these experiences were extremely humiliating. I also finished dead last many regional competitions before I finally made it to the nationals.”

“My mom was a teacher and she encouraged me to keep following my dream. Once I learned to embrace failure, be inspired by it, and learn from it, I accomplished so much more. Like Thomas Edison, I had to accept that the greatest ingredient for eventual success is always going to be failure. You just have to keep trying. Believing you can ever avoid failure and its embarrassments will only keep you in your rut.”

I’d give this life lesson from Hamilton a gold medal, wouldn’t you?

Now let’s get out there and embrace some failures of our own!

Hope you have a great weekend!