Here’s another reminder why offense is better than defense.

Sports talk radio sometimes doesn’t help my marriage at all.

And I’m sure I wasn’t the only spouse ensnared by the intense outcry taking place over the airwaves Saturday morning.

As we often do, Cindy and I were up and about on Saturday – going to breakfast, visiting the farmer’s market, and running a few other weekend related errands.

I’d list them all, but I think by now you have enough proof that I’m boring and predictable.

Anyway, as Cindy and I were zipping around, I made the mistake of having the radio turned on to my favorite sports talk station.

In between giving the Friday night high school football scores (good) and giving updates about the upcoming MSU, Notre Dame, and U. of M. contests (even better), the two radio hosts were blasting a recent decision by Heisman Trophy Committee (causing trouble to brew).

“Hey, did you hear that?” Cindy asked. “That’s ridiculous.”

“Huh?” I deflected, reaching to turn down the radio.

“Wait, I want to hear this.” Cindy said. “Why would anyone take the word ‘integrity’ out of their charter? What a joke. They should lift up standards, not lower them. What’s up with that?”

“Heck if I know,” I said.”When did you start following Heisman Trophy stuff?”

While the radio hosts rattled on, the look on Cindy’s face told me that I had just poured fuel on the fire.

“You’re right. I agree with you.” I recovered, coming to my senses about 10 seconds too late. “I honestly don’t know how they’ll defend their decision, that’s for sure. It’s dumb. Maybe it’s a mistake.”

When we got home, I pulled up Sports Illustrated online.

On Friday – approximately 24 hours before Saturday’s big slate of college football games – the Heisman Committee had indeed removed the word “integrity” from their verbiage.

What were those bozos thinking?

Even I – someone who is typically quite familiar with the “strange ways of the bozo” – could only shake my head and wonder.

But it made me awfully interested to see how this whole PR disaster would play out.

I couldn’t imagine what possible explanation for the Heisman’s action could come close to being acceptable.

Luckily, I didn’t have to wait long.

At about 12:50 pm Saturday early afternoon (Eastern Time – right before most of the games would begin), the chairman of the Heisman Committee hauled out the ol’ speedy-kwik fix we’ve all heard before, “Relax, folks. This was all just a regrettable mistake.”

Cindy wasn’t buying it one bit.

“How stupid do they think we are?” she said disgustedly. “What a load of crap: We launched a new website. A communications staffer screwed up. The word was never targeted to be deleted. So sorry. Let’s just be grateful now that the big wigs swooped into the rescue. I don’t believe a single word of this. Do you?”

“That a communications specialist could make a mistake?” I replied. “Yeah, I can believe it… but please don’t ask me why.” 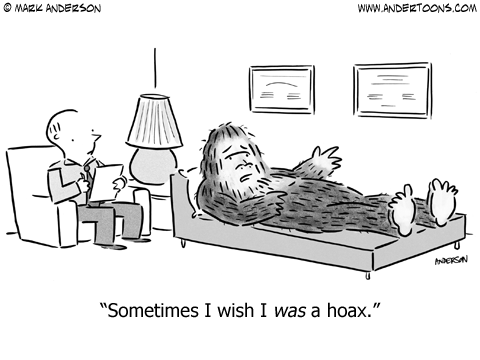 Posted in The Encourager and tagged PR disasters, public relations