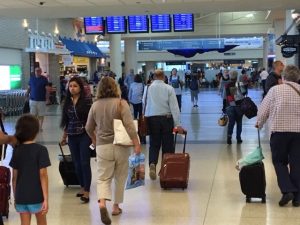 And chances are, you do too.

(After all, the last thing on earth we’d ever want to come off as is “salesy,” right?)

But on both legs of my flight to and from San Antonio for the NSPRA 2017 National Seminar I saw that Southwest Airlines doesn’t share our reluctance to sell.

Apparently:
•  They’re proud of their service.
•  They know we have many choices.
•  They want to be the airline of choice for our next flight.

So here’s what impressed me – and remember – I had purchased my tickets weeks ago and was in the Southwest boarding gate area with my boarding pass in hand.

I wasn’t just shuffling along through an art fair or strolling through a busy mall.

Southwest wasn’t trying to nudge me into a purchase.

I was already at the airport and being held “captive” by Southwest in one of their own controlled spaces.

And still they continued to sell.

They wanted to affirm I had made the right choice by serving up a comparison. 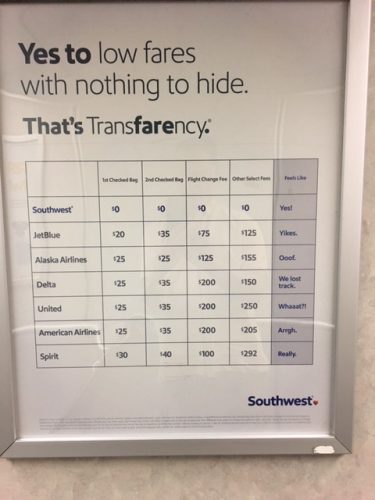 They wanted to affirm I had made the right choice by serving up a phrase-jacked positioning statement. (A clever twist on the well-known “Your attitude determines altitude” quote.) 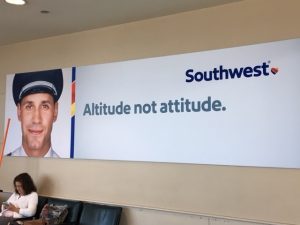 And they wanted to affirm I had made the right choice by serving up their USP, the unique sales proposition that differentiates them from their competitors. 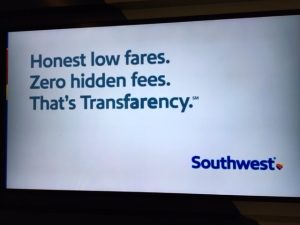 These things caused me to wonder if we “affirm” the people who choose our schools in ways similar to Southwest.

Do we enroll people and then notify them about an upcoming school open house or parent meeting?

OR do we actually have a dead simple and continual AFFIRMATION strategy in place?

This is worth considering – and perhaps even conducting a walk-thru of our post-enrollment touchpoints, don’tcha think?

Anyway, Southwest clearly believes their customer retention goals are helped by never taking anything for granted.

At the airport I told a high-ranking Southwest executive I was going to feature her airline on my SCN blog and in the email I send out to school leaders and communicators.

I told her how impressed I was by what Southwest was doing.

She quickly pulled up my blog on her computer.

And the next thing I knew…

I was sent over to Delta! 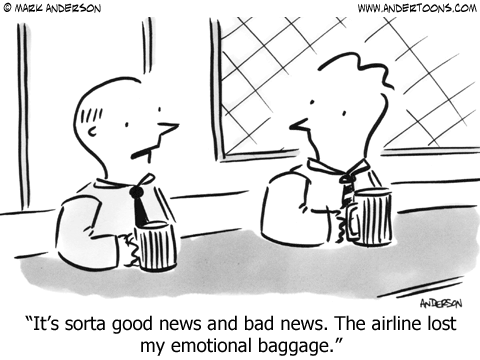