They’ve got it down pat.

As promised, here’s the second half of my school-to-home communications report, with a big plug for an app that teachers I met last week on a Twitter chat all raved about.

First, let me tell you about another chat – the old-fashioned kind with voices among people sharing the same space – that I had with young moms who have busy careers outside their homes.

One said – and all agreed – that finding notes from their child’s teacher in the kid’s backpack is a real downer.

It’s not that they don’t care about their child, or don’t care to to hear from the teacher. These parents dislike printed flyers and reminders carried home in a backpack because sometimes they aren’t discovered until the next morning, as the student is leaving for school.

Evenings are often a dinner-bath-and bedtime story slalom for many parents. Contents of backpacks aren’t inspected until the light of the next day.

“Why can’t the teacher just text me on the phone that I always have with me,” one mom said. “Why doesn’t the school tweet out event reminders rather than expect parents to remember from a newsletter?”

Young parents’ social interactions are influenced by round-the-clock access to the Internet. They expect access to communication that’s relevant to them right when they need it. 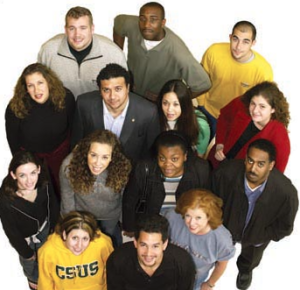 Millennials also want to be able to ask a question whenever and wherever they want.

To engage them, messages should be personalized, convenient, two-way and visual.

But the most effective for most types of school communication, and for fostering collaboration, according to these parents, would be text messages or tweets.

The other side of the coin

Texting and tweeting parents is impractical for secondary school teachers because they typically have more than 125 students, said Lola, one of my dearest friends. She’s a science teacher in a junior high school where most students are economically disadvantaged.

Parents other students list up to six phone contact numbers – most of which will not be working numbers by the end of the academic year, if they ever were, Lola said. Teachers don’t have time to input a high volume of new contacts into their phones, she said. And most mobile carriers would require mass communications to be parceled out in small batches.

Sending such messages would allow parents to see a teacher’s private phone number, which could open the door for harassing phone calls or random questions at any hour, she said.

“Finally, there is liability,” Lola said. “If I send out a paper, I can keep a copy and no one can accuse me of doing anything inappropriate or unethical. If I start sending texts, I have no protection from accusations or misappropriation of my texts.”

Then Lola told me about a chilling incident at her school.

A teacher handed her cell phone to a student who wanted to go to the office to call home. Calling home is often a ploy to get out of class, but teachers are wise to the scam, Lola explained. They circumvent loitering – and sometimes get a working number for an adult – by having the student make the call from the classroom with the teacher’s mobile phone.

This time, the student used the teacher’s phone to make a bomb threat on the school.

The teacher found out when police arrived at the classroom to arrest her.

If school surveillance cameras had not captured the student using the phone at the time the threat was made, Lola said her colleague would not have been able to prove that she didn’t make the threat. She could have faced criminal legal action and been sentenced to jail.

“It is for these reasons that I still trust a kid to carry a piece of paper home,” Lola said. “I am sorry if he loses it, or if Mom sees it too late, but I really don’t see another option at this point.”

There is an option

A means to accommodate parents who want to receive timely school reminders on their mobile devices without putting teachers privacy or freedom at risk emerged during the Twitter chat on school-to-home communication.

So many teachers praised the app Remind (formerly Remind 101) as an integral part of their communication plans that I decided to investigate how it addresses teacher concerns raised by Lola.

The previous sum and total of my knowledge of Remind was derived from this tutorial that SCN tech guru Erin Luckhart created:)

Remind is a free education app that allows teachers to communicate securely with students and parents via text, email, push notification and chat from any device, to any device.

No contracts or classroom changes are required. Remind is available for devices with iOS or Android operating systems. 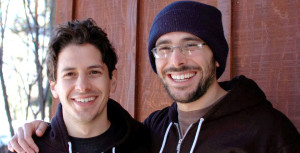 Remind was founded in 2011 by two brothers in their 20s, Brett and David Kopf, who grew up in Skokie, Ill. Brett has Attention Deficit Disorder (ADD) and dyslexia. Even with his parents’ and younger brother’s help, his disabilities made school a challenge. He needed reminders to complete work on time. He developed Remind as a way for teachers to connect with students and their families outside school.

David helped develop the app, but went to work for IBM as an engineer after graduating from DePaul University. He later joined Brett full-time, saying he wanted to work on something that improved education.

By the beginning of the 2014-2015  school year, about 1 million teachers and 17 million parents and students had downloaded and signed up for Remind, which has its headquarters in San Francisco.

While the Kopfs envisioned Remind as a communication tool, it was obvious in the Twitter chat that teachers (no doubt teachers in schools more affluent than Lola’s) are also using Remind to build classroom engagement. They said they use Remind to gather instant feedback from students while reviewing for tests.

(I guess it’s easier for students to click than raise a hand.)

Some teachers also use Remind for short surveys. A school librarian said she texts Remind messages to students to return borrowed books. A marching band director said she uses Remind to communicate game-day changes to 200 musicians.

Remind can only be effective if parents and students have mobile phones and if they take the time to download the app and register.

But cell phone ownership is becoming the norm — even among the poor, even among middle school students.

It’s doubtful that Remind, or any app, could circumvent a bomb threat placed from a borrowed phone. But it does seem like the Kopfs have designed a messaging app that will work securely in a school environment.

Go to the Forum and tell us how educators are using Remind in your school. What  tips can you share with newbies for making it work well?