Hooray! This customer service story took place in a hospital in Ohio.

Not at a school. 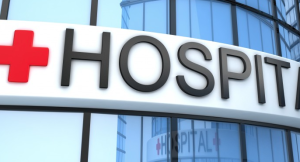 I always get nervous when I read books on top drawer communication practices, building customer loyalty, and exceeding user expectations.

It never bothers me at all when authors illustrate how leaders in other industries or professions occasionally mess up.

I just don’t like to see well-intentioned school people somehow turned into “the object lesson” for something that’s gone wrong.

This anecdote came from a book on improving customer service.

And I’m elated that it singled out the leadership team at a struggling hospital in Ohio, not any of us.

The hospital was on the brink of financial ruin.

It was getting clobbered in a fiercely competitive “healthcare choice” environment and was steadily losing market share. 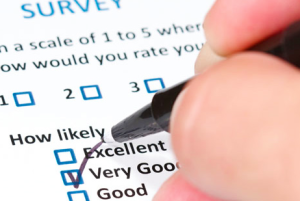 Hospital management thought it was time to survey patients and other potential users to see if they (the patients) had any worthwhile ideas and suggestions about what could be done to turn things around.

So the surveys went out and the feedback came in.

The hospital’s leadership team then huddled to wrestle with the results.

It was a frustrating meeting for all in attendance.

But after a few hours, the CEO and his team drew up a long list of the ideas and suggestions which were submitted, and tagged most of them as too impractical, too costly, too out-of-touch with real-world hospital operations, too outrageous, too ignorant of the regulatory burden on healthcare providers, and basically too pie-in-the-sky.

The CEO was inwardly panicked.

What kind of survey did people think they were taking, anyway?

Did they somehow think they were giving feedback for a five-star all-inclusive Caribbean resort? 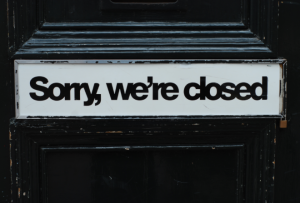 But then, whether it was out of anger or a clear awareness that shutting down the entire hospital was only 12-16 months away, the CEO taped the “ridiculous list” of ideas and suggestions up on the conference room wall for further review.

After a few moments of uncomfortable silence, he assigned every leadership team member to a specific project on the list and conceded, “Let’s see if we can make these happen. We’ll be out of business soon anyway.”

So, the hospital team began to simply”work the list” that was up on the wall, and 16 months later the hospital never had to consider closing its doors.

The hospital was now the new healthcare leader in its community.

And didn’t you find it interesting how those survey results were initially treated?

I can’t believe those hospital folks almost blew it completely.

None of us would’ve done this.

I know I wouldn’t have.

At least not since last March. 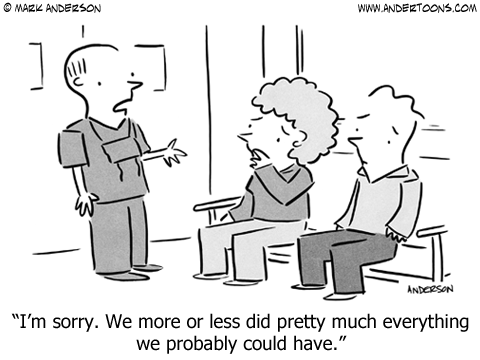