“You’re the average of the five people you spend the most time with.”

Jim Rohn’s wisdom came to mind when I saw this TEDx presentation by Guy Kawasaki. 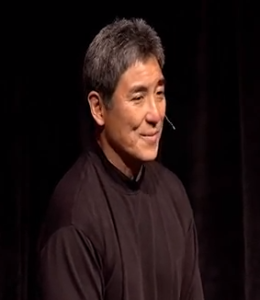 Kawasaki’s talk highlights the 12 lessons he learned from Steve Jobs.

Mind you, Kawasaki is not a biographer or researcher. He worked with Steve Jobs “up close and  emotional” during two extensive stints at Apple.

School leaders and communicators who view this video will carry Kawasaki’s ideas around with them awhile. (Sorry ’bout that!)

At first glance, this may seem like too much time to squeeze into your schedule.

It took me about 10 days to find the time — and then only after the Super Bowl.

But Kawasaki goes to the heart of leadership, changing the world, getting the right people on your team, and taking risks.

A lot of people don’t care about these things.

You do. (Greetings fellow alien!)

This is why more than 35 million people viewed the WestJet Christmas Miracle video (which we all loved) and why only about 35,000 have watched Kawasaki.

One is fun.
One is work.

And we — of all people — know the difference.

But that doesn’t try to keep us from blending the two.

I hope you get a chance to watch Kawasaki’s presentation.

If you make powerpoint presentations to groups, you might see something in either his style or his content that is beneficial.

If you are a part of your district’s hiring process, don’t skip past point #9.

Normally I would toss in a lame joke about now… maybe some dumb reference to that golden-oldie “Love Potion #9” or something… but Kawasaki’s forthright and confident air is intimidating. So I’ll just leave it at that.

Point #9 is spot on about the value of hiring “big people.”

“Big” in the committed and talented sense, not in the “eating habits” sense. (Uh, oh!)

Kawasaki says that Steve Jobs made it a practice to “hire big.”

Contrast Jobs’ approach to the one used by another well-known leader; as revealed in Robert Waite’s 1977 book about Adolf Hitler.

Waite was a history teacher at Brown University for nearly 40 years and his specialty was the growth and downfall of the Nazi movement.

He wrote that Hitler once had a vacancy for the position of his personal chauffeur.

Aides assisted him in the process of identifying 30 able and qualified candidates.

Hitler knew his chauffeur (whoever would be ultimately selected) would frequently be seen by his side in public.

So Hitler chose a man to be his chauffeur using one standard — height.

In fact, Hitler chose someone who needed a booster seat to look over his limo’s steering wheel.

When you see the Kawasaki video, you’ll see why this Hitler anecdote has a place.

It affirms that “Go big or go home” also applies to hiring.

It also affirms that I better begin my 2014 diet.

My superintendent told me that his “inner circle” is starting to look like an imbalanced bicycle tire with a bulge on one side. 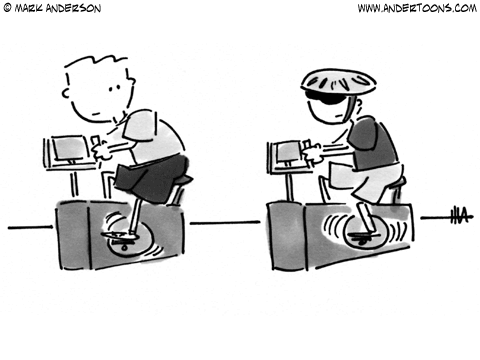