Am I missing something?

If truth is stranger than fiction, what is it when fiction evolves into a brand new truth?

Does the new truth then become something stranger than what it was back when it was fiction? 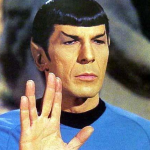 If I was a “trekkie,” I’d know the answer to this.

But I’m not. I’m just a school communicator.

And dang it, I hate to wrestle with questions like this right before the weekend.

And I’m sorry to pull you into this perplexity.

But it does have educational ramifications – so don’t give up on me yet.

For the last couple of months, I’ve been hearing a lot about the disruptive nature of 3D printing and how it will radically alter our economy, jobs, and today’s manufacturing supply chains.

A number of futurists predict that the technology behind 3D printing will change our world right before our eyes.

And I thought getting the Detroit Lions to the Super Bowl would be the next transformational event in my lifetime.

Well, 3D printing will be bigger than this… so big, in fact… that I’ve had a difficult time understanding it well. (or even a little bit)

So I stopped flipping through articles about 3D printing when I saw this New York Times article about “holodecks.”

Maybe the concept of holodecks is easier to understand than 3D printing. 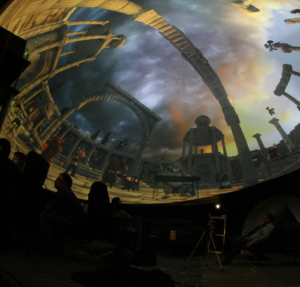 This was the image in the NYT piece. I don’t what it is.

But holodecks offer some intriguing possibilities.

Imagine sitting around a VIRTUAL leadership table with your last three bosses.

Imagine sitting and chatting with — just name them — people like your favorite authors, sports stars, or Downton Abbey characters.

Sure I’d still have the same problem I always do, which is getting people to say “yes” when I invite them to a meet-up, but wow!

Wouldn’t holodecks be a blast?

Here’s the NY Times article for you to find out.

You’ll see that holodecks is about so much more than just talking to famous people in a VIRTUAL setting.

The article describes the likelihood of “intelligent wallpaper” and having the choice between remaining in the real world or entering a virtual world of your preference.

If you read the entire NYT article, more than a few moral dilemmas pop up as unintended consequences.

This eerie shadow on the development of holodecks hasn’t seemed to slow it down any, though.

So as you rev up your imagination about the potential of holodecks, don’t get your hopes up that you’ll be able to avoid the Encourager by creating a virtual world of your own.

Ha. Why do you think I’m reading all that I can about the future?

I want the Encourager to always be able to “boldly go where no man has gone before.”

Captain Kirk would want that, too.

Enjoy your weekend. I’ll share five Olympics related Encouragers with you next week.