And it begins with a new strategy. 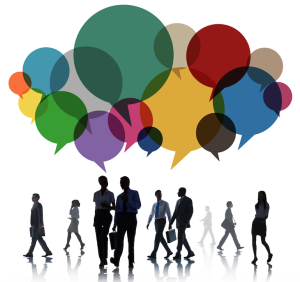 You know how stories are shared.

In Michigan, public school entities are hiring a company with a different news gathering paradigm to spread the word that public education – despite economic challenges — is working better than ever.

The news product is InspirED Michigan, a monthly news magazine that debuted online in October 2014. It is produced by Issue Media Group (IMG) for its client, the Michigan Public School Partnership (MPSP), a nonpartisan and nonprofit group whose 50 members include associations of public school employees and school districts.

Standing Strong for Michigan Schools relied solely on aggregating content produced by member organizations, or previously published by traditional media. InspirED Michigan enriches that with two original stories per issue that are assigned to trained reporters by IMG staff. Story ideas are pitched by readers via an online contact form. IMG also reruns stories pertinent to education in InspirED Michigan that were produced for sister publications.

The quest for balance 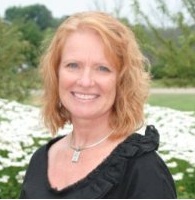 As legacy news organizations contracted their editorial staffs in response to the economic recession and the way people consume news, educators found it more difficult than ever to get positive stories in the media.

“No one’s saying those things aren’t news,” Wacyk said. “But if that’s all the news that the public hears, they will have a skewed vision of the value of public schools.”

What’s needed, Wacyk said, is to:
•  Elevate respect for teachers
•  Restore belief in the power of education to brighten futures
•  Kindle a sense of hope.

“We are busy with our duties,” Wacyk said. “We needed a partner skilled in communications to bring this to life.”

IMG – an online news organization with offices in Detroit that publishes stories about growth, investment, and innovation in 21 regions of North America – won the bid with a proposal that changed the trajectory of the project from a public relations campaign to an online magazine, Wacyk said.

InspirED Michigan is similiar to School News Network (SNN), a school news website covering districts in Kent County, Mich. Both leverage the talent of trained journalists, many of whom were staffers at traditional media outlets until the recession hit.

Costs of producing InspirED Michigan are pre-paid on a sliding scale by MPSP members, with contributions by school districts and individuals, Wacyk said.

IMG is paid $86,000 per year to collect, write, organize and publish inspiring stories of hope and innovation from schools all over Michigan, said Christine Beardsley, superintendent of the Eaton Regional Education Service Agency, a member of an editorial board that oversees the project. 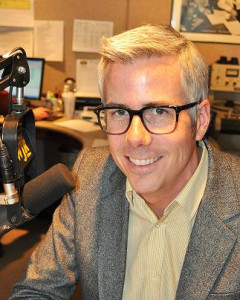 Paul Schutt, a Michigan native who is co-founder of IMG, borrows journalist and author David Bornstein’s phrase “solutions journalism” as a label for his business’s approach to news.

“This approach allows us to look at the challenges that communities are facing – in this case public education – and then look at various responses” Schutt said in the article “InspirED Michigan Seeks to Change the Conversation About Public Education,” published in the Winter 2015 edition of MASA Leader.

“What are the innovative programs that superintendents, principals, or teachers are putting into place?” Schutt continued. “We address the challenges that are out there, and take a real solutions approach to the story rather than just talking about the problems that exist. It’s important that we understand the problems and recognize at the same time who’s doing something about them and how these actions are actually having an impact and moving public education forward. “

The goal, Schutt told MASA Leader, is: “Every single month, every single story, really focuses on that idea of innovation and change.”

How it can work

Supporters of InspirED Michigan are relying on the power of social media to elevate the narrative around public media, one tweet and Facebook post at time.

All entities in the MPSP send out links to editions to their members. The online magazine also has subscribers. IMG also touts stories on their social media.

When readers share links to stories they like with people in their social circles who are outside of education, the good news will spread, Wacyk said.

Without that sharing, InspirED Michigan is little more than preaching to the choir.

And as a school communicator, don’t think you’re off the hook.

Click here to submit a story, or story idea, to InspirED Michigan.