I won’t lie to you. I’m somewhat discouraged today.

The purpose of the Encourager is to provide an “encouraging email check-in” with you and other school leaders and communicators.

And since the purpose of the Encourager has nothing to do with providing guaranteed wisdom, fool-proof communications strategies, free 24/7 tech support, or getting pizza to your door within 30 minutes, I usually do okay.

No matter how low I’m feeling, I can usually suck it up and muster a smile to share with you in the morning.

But I just can’t do it today.

I can’t get over wallowing in sorrow after seeing Thursday’s Detroit News front page headline. It certainly puts my career in perspective. 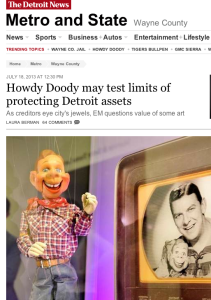 The article causing my funk is about Howdy Doody.

Read this article for yourself and you’ll learn why he’s still sporting that classic wooden grin.

You see, Howdy Doody and I grew up together. He was one of my TV pals from way back when.

I wasn’t that fond of Howdy’s sidekick – Buffalo Bob. He was the “in control” adult authority figure, after all. But I always felt a special kinship with the ever-upbeat Howdy.

I lost touch with Howdy over the last few decades. Neither one of us is at fault really. He remained his same-old self, while I moved on to other passions and interests. He and Buffalo Bob viewed the growth of cable TV as a threat. Not me. I joined the “more channels the better” movement.

Over the years, Howdy’s career and mine rolled along on distinctly different paths.

He never pursued formal education, while I did. In matters of fashion or politics, he was never swayed by the fads of the day, ever. While I frequently was.

Howdy never laid awake at night worrying about the opinions of others, but boy, I sure did.

Our respective journeys to this moment in time could not have been more different.

You can imagine how I now feel when I read that Howdy Doody has a net worth of more than one million dollars.

Yeah, I know I shouldn’t be so surprised.

It’s not like I don’t already know that Pinocchio was a puppet and also a serious money-maker. But I attributed Pinocchio’s success to the strength of his ties (his strings) to Disney.

In contrast, Howdy was pretty much self-made. He wasn’t some corporation’s boy-toy, trust me.

So when it comes to Howdy and me – mano a mano – the comparison is fair and the results are in.

Howdy Doody is a millionaire and I’m not.

It’s not like I haven’t tried to look at Howdy’s career in the broader context, either.

I’m certainly aware of the fact that Howdy is a puppet, with many strings attached, who often utters words from a pre-determined script, and is totally subject to the decisions and whims of others.

But is my own situation at home or work all that much different?

I’ll answer by pleading the 5th.

Besides, this is why we have philosophy departments in our colleges – to wrestle with these kinds of questions.

At any rate – and it’s just me here this morning being open and honest with you – I think that by Monday I’ll be over the news that my old friend Howdy is a millionaire.

But it won’t be easy.

I read somewhere that Forbes is going to release the net worth of Bozo in two weeks.

And he was an old childhood friend of mine, too!

So I’m preparing for the worse. (Hope you have a great weekend, though!) 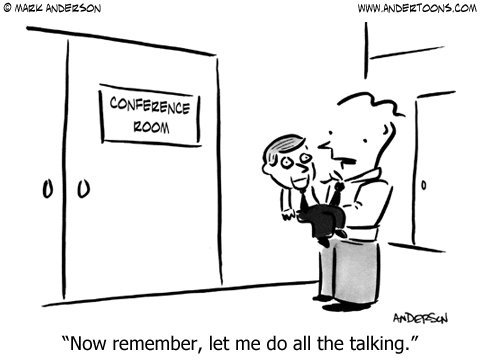