It’s an investment you may want to consider making

Positive news associated with Arlington (VA) Public Schools has soared 500 percent in the two years since Jen Harris became communications director, but she says lots of people have contributed to the transformation. 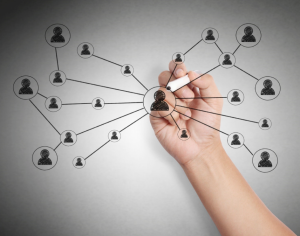 Architect of the successful communications program is Assistant Superintendent for School and Community Relations Linda Erdos. Before Harris was hired, Erdos persuaded Superintendent Dr. Pat Murphy to add a $50,000 expenditure to equip and compensate “public relations liaisons” in each of the district’s 37 schools and programs.

Here’s how it works: Principals pick one school employee annually to serve as a liaison to Harris’s communications staff. The liaison is responsible for echoing weekly talking points generated by Harris’s team in communications in their building.

Liaisons also capture and post video and images of happenings in their school and post it to the the building’s social media accounts. Harris’s communications team boosts the best content to the district’s home page, electronic newsletters, and social media communications channels.

Qualities principals look for when appointing a PR liaison:

Liaisons are loaned an iPad Mini, which is all they need  to capture video and still images, record audio, write text, and upload content to the Internet.

“Without PR liaisons, it would not be possible for us to cover every school every day,” Harris said. “The stipend program is a more efficient approach than adding another position to our communications staff — and at about half the cost.”

In some schools, the PR liaison is a teacher. In others it may be a librarian or computer technician. In one school, it’s the testing coordinator.

But not one, so far, has had experience as a reporter. 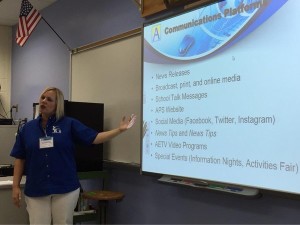 “We hold quarterly meetings for our liaisons,” Harris said. “We need to give them training, mentoring and guidance.”

Much of Harris’s advice could be boiled down to the idiom “a picture is worth a thousand words.”

Analytics show that people are most likely to read and react to content that is accompanied by an image. If that image is video, engagement increases significantly.

Historians may hate her for it one day, but Harris doesn’t require — or even want — students in pictures to be identified by name.

“We want to show what’s happening in our buildings, but we don’t have to say who’s doing it,” Harris said. “For example, posts from Walk and Bike to School Day showed families arriving at school without cars. It’s not necessary to identify that smiling kid in the bike seat.”

Most stories are short enough to be categorized as captions.

Arlington schools are in the second year of rolling out a phased implementation of a one-to-one tablet program, and iPad devices come loaded with the district’s mobile app.

Parents are also encouraged to download the app to their mobile phones. At formal and informal school gatherings, parents are shown how to search on designated hashtags to find out what’s happening at school.

Email and the district’s website still remain the most effective way to reach parents, Harris said. 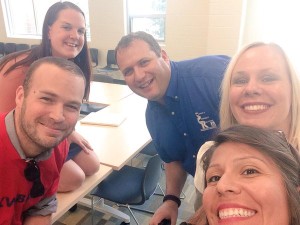 Sometimes school staff is reluctant to jump on the social media bandwagon.

For example, members of Arlington’s Transportation Department weren’t interested in having a Twitter account. If they got any comments at all, drivers believed it would be complaints about late buses.

Attitudes softened when a “Cocoa With Your Crossing Guard” event was held in conjunction with the school crossing guards’ hashtag.  Curbside selfies posted online of students toasting their crossing guards with cups of hot chocolate made the guard kings and queens for a day.

“When they see social media’s value, they come to us and ask to be trained,” Harris said. “I would never make anybody do it. They have to want to.”

Transportation was surprised when more than 100 people clicked to follow within 24 hours of their hashtag’s debut, Harris said. And followers — to drivers’ delight! — have more on their minds than late buses.