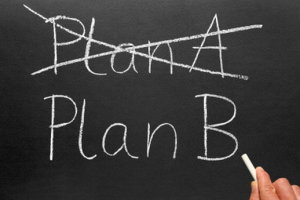 First of all – as a boost to my ego – because whenever I have to resort to  Plan B I can always live in the delusion I’m at least executing a plan.

Secondly, whenever I have to resort to a Plan B it helps prove I know the alphabet, which some of you have written in to wonder about.

(And for the last time… I AM NOT going to publicly release my kindergarten report card. Not that I have anything to hide, mind you. It’s just that straightening out the basement to get at it would tie up a whole weekend!)

Just its tagline alone will get you thinking. 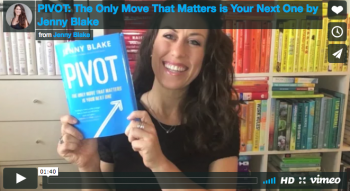 “The only move that matters is your next one.”

And you’ll discover she’s not a big fan of merely hauling out Plan B.

She says resorting to a “Plan B” indicates your “Plan A” was flawed or misguided in some way.

Jenny says this is rarely the case.

However, she’s never seen any of my Plan A concoctions.

She points out Our Plan A was Plan A for a reason. 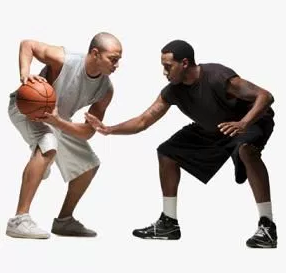 So when things aren’t working out as well as hoped, she suggests we don’t downshift into Plan B until we’ve first tried to PIVOT with our original plan.

Just like a basketball player who has stopped dribbling the ball and must keep one foot planted (a pivot foot), but is able to freely move the other foot before passing the ball off in a new direction, we should do the same.

Whenever we PIVOT with our Plan A, we should imagine our pivot foot as a firm anchor, a strong reminder of our original goals, values, and what really excited us about our Plan A in the first place.

By not blindly abandon these in a futile rush toward Plan B, we’ll often find ourselves in a better place to actually explore what could help us get Plan A moving in the right direction.

Remembering, of course, it’s our “next move” which is always is the important one.

We just have to be intentional about it.

But I doubt all of this thinking about “next moves” probably isn’t something we need to overthink when we’re on the dance floor.

I only have four moves and I still mess them up: Left – Right – Forward – Back. 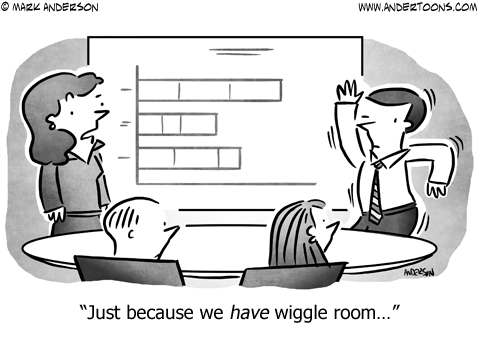