But I tried. (Hopefully, you’ll grade me on effort, not results – just like most days!)

Kasia Turajczyk, a writer in Poland, put together some facts about our government revenue system in a recent column she titled “Death and Taxes.” (I know some of my headlines are bad, but at least I’ve avoided using one this straightforward…she’s not even trying to be “encouraging.”)

Here’s a portion of what Kasia discovered:

Finally, success! Thanks to Kasia’s last bullet point, I now feel great about our tax system – and I have the lack of bumps and bruises to prove it.

Plus, Kasia’s article reminded me about the “Web 4.0” Encourager that I wrote last month. I don’t imagine she read it since she lives in Poland and was immersed in her “Death and Taxes” research – but here it is in case you forgot all about it. (I did, too.)

In my splendid March analysis, I described how a presenter at a TED conference summarized the history of communications, from the caveman’s first verbal snorts & gestures, to drawings (now including a scene or two of aggressive tax collecting apparently), and all the way up to his version of what the Web 4.0 will entail.

In my splendid March analysis, however, I pointed out how the presenter glossed over the Web 3.0 entirely. The Web 1.0 offered us one-sided internet information, our current Web. 2.0 offers two-way, back-and-forth internet conversation, and the future Web 4.0 predictably will offer immediate translations of multiple languages for people conducting three-way and many-way conversations.

But the TED presenter jumped over the Web 3.0 and life hasn’t been the same since. We have inquiring minds. We want to know what the Web 3.0 is!

Well, because of Kasia’s article on taxes, her reference to ancient hieroglyphics, and helping me feel good about the advantages of being a 21st Century taxpayer, I remembered last month’s Web 3.0 mystery and cheerfully moved on to investigating it.

The mystery has now been solved and I’ll report what I’ve discovered to you tomorrow. We communicator types do not give up so easily – even on Tax Day 2013. 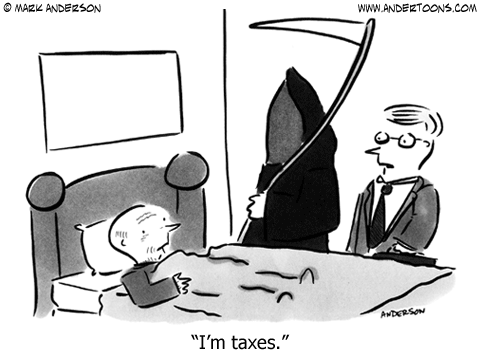