There’s no better day for rituals than Saturdays. After an early morning run or bike ride, I like to stop by my local donut shop and get a couple of chocolate-covered cake donuts. Yes, the true “Breakfast of Champions!” 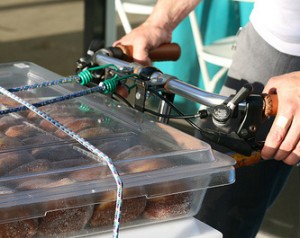 So, last Saturday, I scampered out of the house with exactly the correct amount of change ($1.60) for the desired pair of those delectable donuts. Or, so I thought. Little did I know that between Saturdays, the price of donuts went up a nickel. Even donut shops aren’t spared from inflation.

Saturday mornings will never be the same.

Well, I thought this wouldn’t be a big deal. After all, the owner knows me and I know her.  OK, we’re not on a first-name basis but she knows that I’m as loyal as the day is long.  As I announce my every-Saturday morning order, the owner says “$1.70.”  I respond with, “I’m sorry, but all I have is a buck, sixty.”  In a trite tone, she looks me coldly in the eye and reiterates “$1.70.” I pause for a second and say coolly, “Really.” The cold stare continues. I decide not to give her any satisfaction. I pick up my six quarters and single dime and walk out. No donuts.  No ever going back there again. (Contrast my “donut” experience with Elizabeth Moraw’s in a previous SCN Thinkpoint.)

Rarely are things as simple as they seem. At the moment, I’m working with a client on “customer satisfaction,” so my antenna are up big-time. Anyone knowing that I might do business with them better watch out. At the moment, I’m a super-hard grader. It won’t take much to set me off.  Hey, I want to be “wowed!”

The conversation is the relationship

But, then again, how difficult is it in any transaction or any conversation to be just decent and courteous? Sue Scott, in the excellent book, Fierce Conversation, offers five words that sum up so much: The conversation is the relationship. 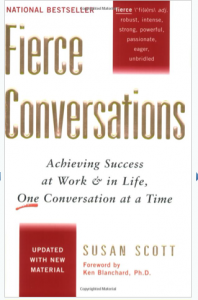 How we communicate with words, voice tone, and body language fundamentally tells the other party how we regard them. It’s something not to be taken lightly.  Even if it’s just a matter of ten cents.