The folks at the Econsultancy research firm say “stop it.”

And they aren’t kidding around! 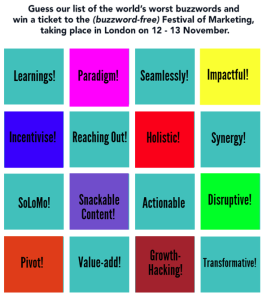 They’ve even created a bingo game out of the most worn out and tired marketing terms.

Players will compete for a ticket to Econsultancy’s Festival of Marketing in London this November.

I’m not optimistic about winning, myself.

I can’t spell “paradigm” correctly most of the time without a spellchecker.

I had absolutely no clue what “SoLoMo” meant until google revealed that it stood for “social-local-mobile.”

And how can we as school communicators really quibble over the use of a word like “learnings?”

Isn’t that what our schools are all about?

Teachings and learnings? (… and testings?)

But the Econsultancy game makers may have a point when they wrote, “the more you use a word like ‘learnings,’ the stupider you sound.”

So while I don’t think it’s possible for me to be the grand prize winner of Buzzword Bingo in 2014, a cable from Econsultancy told me to keep my passport handy.

They’ve already received a number of complaints about my overuse of the word “speedy-kwik.”

They’ve received complaints about this one, too. 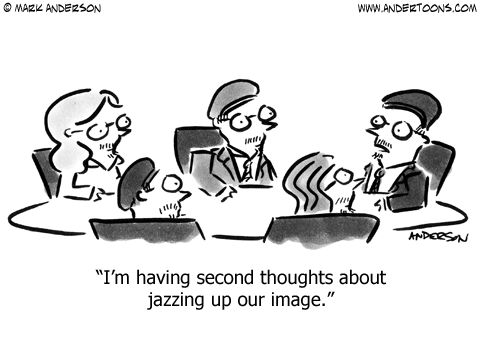