At least I hope it is.

There’s some family history behind this 5th (and last!) book I have added to my Christmas list.

And I’m somewhat embarrassed by it.

He’s been a realtor in Holland for nearly 20 years, and he went to the national Keller Williams development training workshop along with about 1500 other agents. 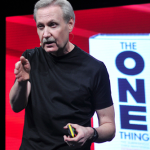 At this conference, the founder of Keller Williams, Gary Keller, launched his new book “The One Thing” and led attendees in discussions and strategic planning grounded in its principles.

When Rick returned home, we went out to breakfast.

He raved about Keller’s book.

He even gave me an advance copy while he yakked it up.

I still remember flipping the book onto the back seat of my car after we left the restaurant.

Like I’m ever going to read a book recommended by my little brother.

Rick was in 4th grade when I was a senior in high school.

Whenever my teenage friends and I were hanging out and watching TV – and he was underfoot – we’d send him running to and from the kitchen getting us cokes and 7up.

Whenever all of the neighborhood boys were playing football in our front yard, Rick and someone else’s younger brother were always the ones relegated to just hiking the ball and rushing the passer.

It was the big brothers who took turns playing quarterback and scoring touchdowns.

You get the idea.

Recommendations from my youngest brother have always been hard for me to take seriously.

Even ideas and suggestions offered from people I don’t even know on radio shows and podcasts carry more weight.

So can imagine my surprise when I heard “The One Thing” brought up on my favorite shows numerous times over the past few months.

How could so many business leaders and marketing experts be excited about the same book little Ricky had given me a year ago? Was this possible?

And now I can’t even find the copy he brought back for me from his conference.

Maybe Cindy took it out of the car weeks later and set it somewhere.

I feel like a knucklehead… having to add to my Christmas list a book that I already had!

I have a copy of a book enthusiastically described as “transformational” … “mind-shifting” … “life-changing” … but I can’t tell you where it is. Dang!

Now it seems like every other podcast I listen to features an interview with a leader who says that Gary Keller’s book provides more than the usual platitudes about focus, teamwork, Steve Jobs, personal passion, or goal setting.

Many have said that Keller’s real-world acceptance about day-to-day distractions (“can’t avoid them”) enhanced his “one thing” perspective in a rare and powerful way.

Suddenly, the practice of “time blocking” took on new meaning for them.

With improved understanding that success is sequential rather than simultaneous, and improved skill in identifying the ONE right thing to do at that particular moment in time, leaders said they became more confident strategists and motivators.

Every benchmark becomes reachable when team members consistently ask themselves, “What’s the one thing I can do right now, such that by doing it, everything else will be easier or unnecessary?”

Here’s the Amazon link to the book.

It contains many thought-provoking charts, diagrams, and concepts.

I found this example on the web.

It’s helpful… but there’s an obvious reason I hope Cindy never sees it.

Have a great Friday — and an even better weekend! 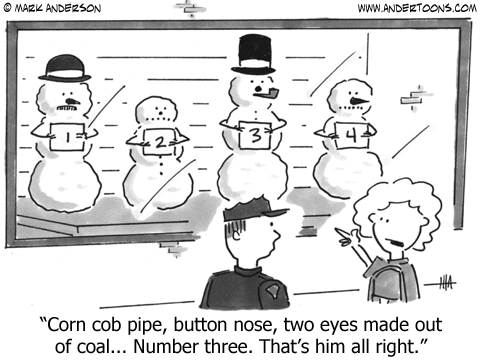