It stated that bad news travels faster and farther than good news.

As a school leader and communicator you already knew this.

And I began the week by pointing this out. (Give an Olympic medal to me – Captain Obvious!)

But do you know Communications Rule #2?

Here’s a hint. It explains the intensive virality behind Rule #1.

Communications Rule #2 is this:  Not only does bad news travel faster and farther than good news, it is more fun to participate in the spreading of bad news than good news.

Rule #2 doesn’t say that spreading bad news is a good thing to do.

It just acknowledges our human condition and accepts that (for some reason) we typically relish passing along bad news more than we do good news.

It’s a tough temptation for us to fight. We can communicate it so well.

The Sochi Olympics are now immersed in this reality, largely social media driven.

Check out the hilarious tweets contained in this hashtag: #sochiproblems

You’ll recognize several of the photos from Monday’s Encourager.

Only this time “citizen journalists” have added their own captions.

And who knows where this will end?

Bad news does have the tendency to snowball, that’s for sure.

Sometimes though, a simple statement of fact can be bad news.

And perhaps you saw this news story on Monday or Tuesday.

It had to do with Sunday night’s TV ratings of the Olympics on NBC.

Of course, the Olympics are drawing vast numbers of viewers, but last Sunday night, it lost by several million viewers in the important 18-49 age demographic to a popular TV show on another network.

And keep in mind, the 18-49 age group probably makes up the bulk of our school parents.

So… drum roll please… taking the gold on Sunday night in the 18-49 year-olds category was “The Walking Dead” on AMC.

Yes, the Olympics on NBC was still the overall ratings winner on Sunday night – thanks to those of us in the 50-108 year-old category – but really? The Walking Dead?

Perhaps this fact should force us to stop, re-strategize, and re-direct our Fall Kindergarten marketing and recruitment plans.

But I think you should go first.

Then I’ll bring the matter up with my superintendent. 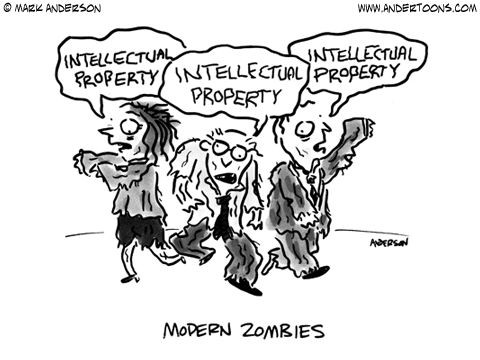