I’d sure love to know how Robert Lang’s wife responded to this news.

I wonder if it came as a shock. 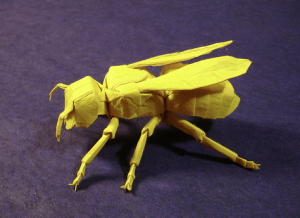 Diane Lang had to know Robert was a top origami expert.

But did she ever dream her husband (a highly respected fiber-optics researcher) with a PhD from CalTech in semi-conductor lasers, would step away from the security of a well-paid position in 2001 to go off on his own as a… paper-folder?

It worked out pretty well, though.

Robert’s uncanny ability to see “science in origami” inspired him over the years to use his creative paper-folding talent as a launch pad for a number of engineering innovations.

A car maker hired him to assist with the design of airbags.

NASA hired him to assist with the design of the huge folding telescopes astronauts use in space.

And bio-medical researchers hired him to improve the process used in heart surgeries. 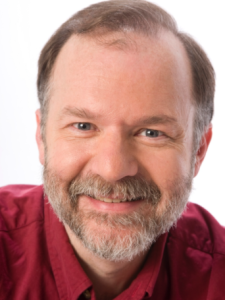 As you can tell, Robert Lang certainly has a knack for knowing “when to hold ’em and when to fold ’em.”

(Sorry about that reference to the 1978 Kenny Rogers’ song. I’ve been waiting until now to use it!)

Incredibly, Robert’s interest in origami began back when he was in the first grade, when his teacher introduced it as tactic to provide him with additional challenge, and he’s never looked back.

He’s even become a force to be reckoned with in the intense international world of competitive origami, too.

The brief profile about Robert is one of the many examples included in a fascinating new book, Faster and Better by Jeremy Gutsche.

It’ll teach you about the importance of seeking patterns – what Robert and many other creatives use to ignite their fresh perspectives.

It’ll teach you about leading change through chaos.

It’ll also teach you about putting ideas into action.

It doesn’t even mention this.

It also doesn’t get into detail about how Robert Lang discussed his unusual decision with his wife years ago.

Now… that’s what I wanted to know! 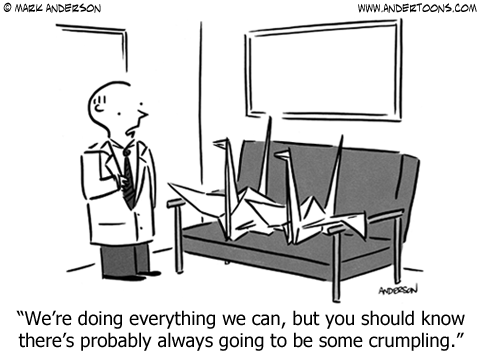