And don’t worry. This advice wasn’t written on some napkin.

It comes from the late Jim Rohn, the well-respected leadership and life coach. 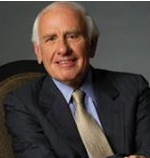 In fact, I often see his quotes below the email signature lines of several school leaders and communicators.

I only discovered Jim Rohn myself about five months ago as I was sweating out what to write for an Encourager one night.

Prior to this, I really only had three sources for inspirational quotes; Teddy Roosevelt, Yogi Berra, and Oprah.

I should probably correct this to say that I have a “fourth source” for quotes when I am writing something specifically for our school district.

My superintendent is an avid reader, so he will frequently bring me a quote he likes.

His level of enthusiasm for it tells me if I have to give the hook to Teddy, Yogi, or Oprah.

On Saturday night, I watched a short Jim Rohn video on YouTube.

It was about winning and losing.

The timing was perfect, as I viewed the video after Michigan’s loss to Nebraska and the big Lions game versus Da’ Bears was mere hours away.

Rohn said that the two most meaningful triggers for our individual learning arise out of our experiences with these realities; the “joy from success” and the “pain from loss.”

I would’ve added the “pressure of deadlines,” but what do I know?

According to Rohn, some people are meandering about through life as go-with-the flow “middlers” — that is, they don’t even know if they’re winning or losing.

So these people don’t learn all that much.

They’re too preoccupied with avoiding both extremes.

And it’s in the extremes (our highs, our lows) that significant, life-changing learning occurs.

Being connected to an enterprise with a noble mission also helps.

All of us who are charged with carrying out responsibilities and tasks in the support of a worthwhile purpose are among the most fortunate.

The successes we celebrate or the losses we evaluate are rarely trivial.

And if we’re growing from them as well , how fantastic is this?

It’s a good perspective to start off our week, don’tcha think?

And to think the Jim Rohn video popped up while I was searching for Chris Farley’s old SNL Chicago Bears clip! 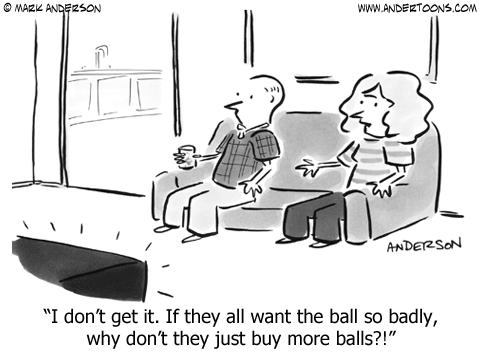