Remember you read it here first.

I’m on your side… so I thought you should know. 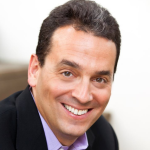 Daniel Pink not a big believer in merit pay or incentive bonuses, and unfortunately, he has the scientific research to back him up.

His talk at the TEDx conference at Oxford in July, 2009 still rings true today… especially as business commentators and politicians publicly proclaim their own iffy “notions” about how teachers and administrators should be motivated and compensated.

I’d invite them to watch this 18 minute TEDx video of Pink, since it definitely challenges some of the reasoning behind several of their opinions and unfunded mandates. (At least I’m assuming there is a measure of “reasoning” behind them. but I’ve been wrong before.)

Regardless, they’re really not the ones I’m hoping to encourage now.

Take a look at Pink’s ideas about the inter-relationships between incentives, problem-solving, mastery, and purpose.

He’s a captivating speaker and his four topics are highly relevant to our work.

If you are able to set aside time to watch the video later, you won’t regret it.

One of his presentation slides highlights the “mismatch” that separates proven science and prevailing business practices.

Don’t fall into the trap of thinking that Pink is only talking about those two groups.

We’re active participants in all of this, too.

We’re situated somewhere in this “mismatch” between science and business.

But I’m not quite sure any of us would agree about where that spot is.

I only hope that if my superintendent reads today’s Encourager, he’ll totally disagree with Pink and thumb his nose at the facts.

I’m not hoping for a crisis or some other “hot issue” to greet him at work the very first thing this morning – but heck!

The last thing I want at contract time after the school year ends is a boss with proven science on his side. 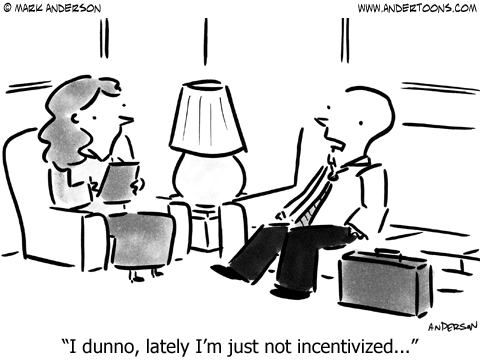