I hope you know this already.

I appreciate school communicators everywhere — of every age, size, shape, and skill level. (I created these parameters especially so I could include myself…)

If it seems like I’m high-fiving my own profession, I guess I am.  And words of praise are all I have. They’re cheaper than passing out “bonus cash” like they claim to do at the fancy casinos.

But school leaders and communicators deserve those rewards, comps, and tangible perks, nonetheless, even if the odds of getting them are low.

You see, I had the opportunity to be reminded about the tremendous people who make up “our tribe” last Friday at the Michigan School Public Relations Association (MSPRA) workshop.

The theme was “Video for Newbies.”

And ably carrying out the duties of helpful hosts were Julie Ferguson, Danelle Gittus, and a few other team members at Oakland Schools. 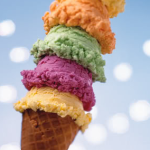 There was even free ice cream for us in the Oakland Schools café.

This alone is usually enough to merit a high score on any workshop evaluation I turn in, but there was so much more.

Holly McCaw (Otsego Schools) and Jim Camenga (Zeeland Schools) are steeped in a ton of video experience… and everyone in attendance jumped in with (not on) their iPads and embraced Holly’s and Jim’s step-by-step process for creating short visually appealing videos which tell a story.

Telling you that people “jumped in, but not on” their iPads is a key fact in this7;jiojioiho Encourager.

Since we were all using iPads and Apple’s iMovie video editing and sharing app, there were times when stomping on our iPads was tempting.

Along with Apple’s new iOS7 update, the new iMovie app also had been updated.

Some of us had the previous version of iMovie, while some of us had downloaded new iMovie app just hours earlier.

The visible differences were minor, but the new iMovie contained a few bugs— that I’m sure you’ll see noted in the iTunes reviews section soon.

Luckily, Holly, Jim, and our whole group of school communicators were cool and calm and dealt with the app’s “surprises” in the same way they do back in their own school offices.

They just kept plucking along.

Not that we didn’t try to anticipate the reality of “Murphy’s Law.”

When Holly, Jim, and I arrived at the hotel the night before MSPRA’s “Video for Newbies” training, I asked them if we could get together to go over any potential rough spots.

Knowing that I was the one responsible for properly introducing them to get the session off and running they quickly agreed.

I only had this one job… and I think they were worried about me. (Wise move.)

But how to handle the brand new iMovie app dominated our prepping, not my potential for flubs.

Holly, Jim, and I reviewed the Video Planner template we were going to use at the training.

Holly said that she was going to emphasize that every effective video is anchored in the creator’s willingness to write out and outline the various elements contained in the video ahead of time.

Jim concurred about the importance of pre-planning, but questioned if we really needed to write everything down, including a log of the various video clips.

They didn’t ask for my perspective. (Wise move.)

So after Holly and Jim talked through how they would present the benefits of the Video Planner template, I brought up the next topic to be decided.

“What time should we meet for breakfast before leaving to set up for the training?”

Anyway, thanks to MSPRA, Oakland Schools, Holly and Jim, and a super group of school communicators, the “Video for Newbies” started well and even ended stronger.

The short videos created by everyone were inspired, on target, and remarkable.

Not that they are “parent ready”… but they were a riot!

Sometimes I forget about the many hats school communicators wear (facility scheduling, community education program administration, working with board trustees, G.E.D. testing, etc.) but they took on the new role of “video creator” with good humor— and an eagerness to get back to their districts and try out their new learning!

Plus, there was that tub of “free ice cream.”

If you’d like for me to send you a pdf of the Video Planner template, just let me know at the email address below.  I’d be happy to get one to you. 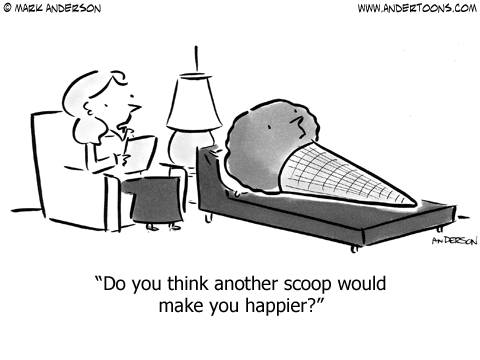