Oh wait! You already are one! 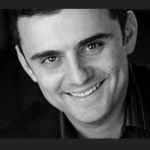 Gary Vaynerchuk was born in Russia, learned English in our schools, helped grow his father’s wine selling business into a million dollar enterprise, and has written two NY Times bestsellers on social media strategies and practices.

He says that every organization is a media company today, whether its leaders know it or not.

This is why Vaynerchuk’s latest book is #4 on my Christmas list.

Since ONE MORE responsibility has apparently been added to our plates – now that we’re leaders for “media companies”– we might as well do it right, right? 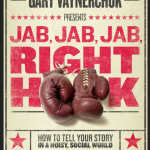 Of course, you know I’m a rough and tumble school communicator – a “man’s man” and all that (at least in my dreams…) – but Vaynerchuk’s boxing tie-in had nothing to do with the value I see in his book.

Vaynerchuk has said that boxing is known at the “sweet science.”

To be a winner in the combative arena of competing social media clutter, the best  communicators are those who will invest the time to learn the “sweet science” behind it all.

He says that “jabs” are those little stinging pokes… where we roll out staccato-like messages, but never really “go big” and ask for the sale or make a call to action.

The “right hook” is the hoped-for knockout punch… where you close the deal, get buy-in, and your message brings about the clear desired result.

Vaynerchuk says that much too often, we either tentatively jab-jab-jab and never even try to deliver the right hook knockout punch (by failing “to ask”) OR we skip the jabbing process altogether and just wind up with a wild knockout right hook that misses and totally scares people off because we attempted to “force an action or decision” way too soon.

As a big time consultant to Fortune 500 companies, his insights are worth noting. He pulls back the curtain on more than 80 short case studies and analyzes the success or failure of their social media approaches.

Here’s the Amazon link to his book and, mind you, Vaynerchuk doesn’t mince how he praises or suggests improvements. (He’s not a delicate personality, in other words.)

He’s like that crabby old coach in the first Rocky movie. He will badger you and demonstrate numerous ways to creatively and strategically jab-jab-jab for awhile before delivering a winning right hook.

Maybe you want to fight Vaynerchuk over his belief that you are now a leader in a media company.

He states that if you “produce content with the intent of distributing it” you are a media company.

We do a lot of this, don’tcha think?

“Content is king. Context is god. Effort is everything.”

While I’m not happy to see that his book places such a high priority on personal EFFORT, he’s probably onto something.

So I hope that if Santa brings me this book, I can conspicuously carry it around the office, and my co-workers will give me credit for reading a book about effort, if nothing else.

And do you want to see an inspiring example of an airline that has embraced the concept that it’s also a media company?

Westjet operates flights in Canada, and boy, do they get it!

No fake! Find the time to enjoy the video and warm up your smile.

No effort is required. 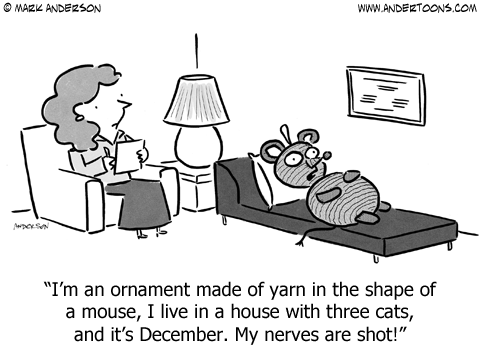