Become a school playground supervisor for a day.

Or if you prefer something more theatrical, sign up to be a referee at a future Wrestlemania event.

The experience is almost the same.

Amidst all of the chatter and hub-bub, you think you know what’s going on, but in reality, all of the significant action is occurring behind your back.

How did I find this out?

Yesterday my superintendent assigned several central office administrators to serve as substitute building principals while the “real deals” were at an all-day workshop.

I started my day at 7:40 am standing in the middle of a playground at one of our K-7 schools.

I took in a deep breath of crisp December air and watched about a hundred 2nd and 3rd graders at play before the start of school at 8:15 am.

Observing the youngsters innocently frolicking about with their friends — kicking soccer balls and climbing and swinging from a variety of colorful structures  — made me envious of their principal.

For about two minutes.

“Who are you?” said a voice, which came from behind me.

“I’m Mr. Page,” I smiled. “Thanks for welcoming me to your playground.”

Apparently, the boy didn’t care to hear about the intricacies of central office staff assignments, because he changed the subject. 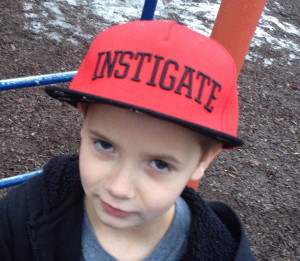 “I got a new hat,” he stated proudly.

“Do you know what that means?” I asked.

“No. Tomorrow’s a better day for that.”

Luckily, the blare of nearby shouting alerted me to a pending crisis .

One of the soccer balls had been kicked over the chain link school fence into the adjoining condo complex, and was now resting on a neighbor’s yard.

A boy ran up to me and gasped, “Do something!”

Dang it. Like a befuddled wrestling referee, I was clueless about what to do.

Even my “instigate” buddy had skadaddled.

So I turned to a friendly-looking group of 3rd grade girls and asked them for their advice.

They were eager to help and gave me several possibilities to consider, but by the time I turned around, the ball was already back in the playground.

Someone had either gone over or under the fence. I had no idea.

But this was a mystery best left unsolved.

This wasn’t Alcatraz for crying out loud.

Besides, I had a bigger issue to work out.

It was nearing 8:15 and I wasn’t sure how to corral the kids into school for the start of their day.

I returned to my advisory group of 3rd grade girls for counsel.

“Is there a bell that rings to get everyone into their lines?” I inquired.

“No,” said one of the girls.”You have to blow a whistle. Did they give you a whistle?”

There was immediate consensus that I should start “yelling.”

That did the trick.

And so, my day of “substitute principaling” continued until 3:30 pm… at which time I returned to my office with renewed perspective and appreciation.

Everyone at the school was wonderful, but I was still bothered a bit by not being entrusted with a whistle.

Even a dimwitted professional wrestling referee gets a whistle. 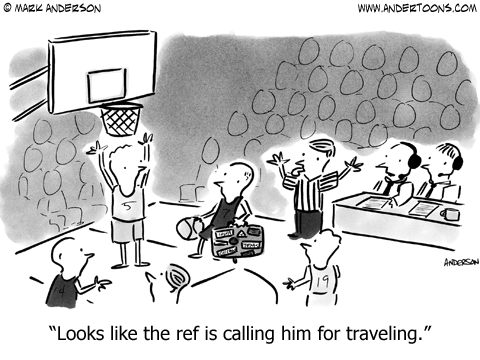