The Olympic Games brought back some humiliating memories of my elementary school days.

Every spring my school in Flint would sponsor a track & field day.

For fast runners like me (no joke!) it was our moment in the sun. 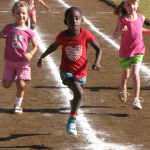 The races were conducted grade-by-grade, girls then boys.

I excelled in the 50 yd. dash… and always finished in the top three.

Acquiring “career and college” readiness skills were the farthest things from my mind — those were for the slowpokes!

My future would be secured by speed, not smarts.

I was destined to enjoy the fabulous lifestyle of a professional football wide receiver or an un-throw-outable base stealer in baseball.

My dad’s old wooden cigar box is crammed with an assortment of the cheap medals I “won” at four different track & field days, 1st through 4th grade.  (Ah, the glory years…)

Unfortunately, it all came to abrupt halt for me in the 5th grade.

It was at my 5th grade track and field day that the principal or gym teacher came up with the brilliant idea that boys and girls should no longer compete separately.

The 5th grade track & field day would try out something new and line us up together.

Of course, my rat pack of male friends and I were elated when we heard the announcement. The girls in our grade were about to get smoked!

But as you probably guessed, something horrible took place between our 4th and 5th grade year that caught my friends and me totally by surprise.

And it was something not covered at all in “that talk” at the YMCA that my dad took me to one evening when I was 11 years-old.

No one explained to us boys that most of the girls in our class would begin “maturing” long before we would.

We’d have to find this out the hard way.

And by the end of our 5th track and field day, the girls had clobbered us in every event.

But at least there were only three days remaining in the school year and “YouTube” hadn’t been invented yet to archive our shame.

I could wrestle all summer with the fact that I wasn’t a fast runner anymore.

And it was then that my fascination with all things “speedy-kwik” began.

It’s something I can’t help noticing to this day.

So, in keeping in the spirit of the Olympics, here are three of my recent “speedy-kwik” gold medal winners.

♦  The Speedy-Kwik “Thank You” – Rick Mulready 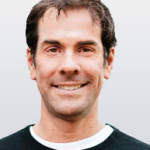 Do you remember the Encourager I wrote about Rick two weeks ago? (Just for kicks, let’s pretend you do.) When I posted it on January 24, I also tweeted out its link the same morning. Although I know Rick was alerted to my “mention” electronically in some way, I was touched to receive a personal email from him thanking me for sharing his blog and podcast with you. Want to stand in the winner’s circle? Be speedy-kwik in sending out your thank-yous. 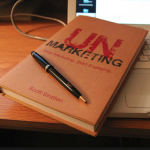 I recommended Scott’s book – Unmarketing – to you in December. Don’t tell me you can’t recall this Encourager, either. Ouch! Scott travels North America speaking about social media, and in a recent podcast he told the story of a very poor experience he received at the airport from Delta Airlines. Even though the situation got resolved to the point where he could board his flight home, Scott tweeted out his frustration and swore to himself that he’d never fly Delta again. (He flies first class 40-50 times a year.) Within seconds he received back a direct message tweet containing a well-worded apology and the sender’s name and contact information. Scott is still flying on Delta. Want to stand in the winner’s circle? Be speedy-kwik in sending out your apologies. 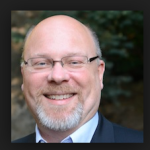 Ray Edwards is a well-respected copy writer and online marketer. I shared some of his tips with you about a year ago. You forgot about this Encourager too, right? Dang. Anyway, Ray wrote on his blog several weeks ago that he was just diagnosed with Parkinson’s. His perspective was full of faith and inspiration. I wrote him a lame hand-written note. Then I waited for an email reply. It never came. I felt a little bad and just forgot about it. The other day, Cindy was cleaning and found a small envelope behind our desk. It was a hand-written note from Ray. Want to stand in the winner’s circle? Be speedy-kwik in responding back to people in the same manner they reached out to you.

The thank-you.
The apology.
The In-kind response.

It’s hard to argue and complain about the value of these three.

So please don’t even try.

When it comes to being “speedy-kwik to complain” – I’m the champ! 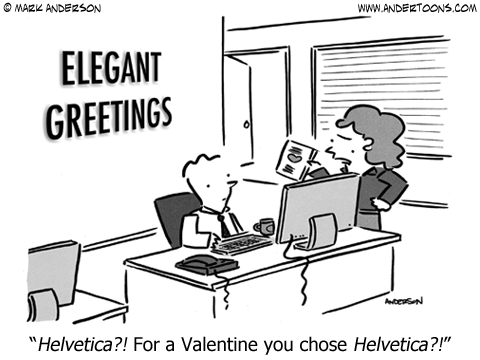