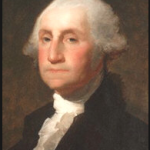 Of the first nine American presidents, he was the only one to free all of his slaves. (Kudos!)

He was our only president to win by a unanimous electoral count vote. (Incomparable courage, wisdom, and character!)

No… but he sure should made his communications specialist’s job pretty easy.

I’m always so hopeful that somewhere in the annuls of history, the under-paid, always eager-to-please “communications specialist” will pop up and emerge as the real story behind a famous public story.

It would’ve been cool to have this happen on President’s Day.

I had my hopes up because of the well-known George Washington cherry tree moment.

There simply was way too much happening in this brief encounter for George – as a child no less – to have embellished and fueled all of the later word-of-mouth buzz on his own. 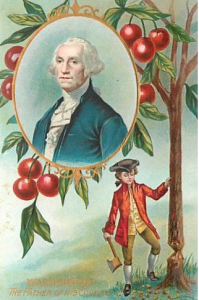 The story involved young George and his dad.

It had action (with an ax) at the center of an environmental issue (a tree not harming anyone or in the way of a Wal-Mart).

You can see why I think there just had to be a communications specialist involved.

Keeping all of the key elements in this story straight would’ve required the PR skills of a seasoned pro.

“I can’t tell a lie” is such a powerful cross-generational tagline – dynamite for both campaign flyers and for testifying before Congress – it’s difficult for me to believe that some rank amateur or a non-MSPRA member came up with it.

A communications pro had to have been on scene. (Like they will be in droves at the MSPRA Conference on March 13-14.)

Historians should be exploring this further.

And you can’t overlook the importance of the numerous conversations and articles now found on the web about the historic cherry tree occurrence.

You can go online to see for them for yourself.

There is rampant speculation whether the incident with George, his dad, the ax, the tree, and the tagline ever took place at all.

People seem to be totally confused, with many saying that they don’t know what’s true anymore, and even others expressing that they “feel hoodwinked.”

This all the proof I need. Case closed.

George Washington must have had his 18th century communications specialist involved! 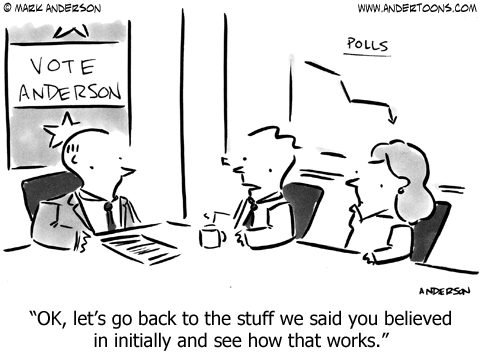 But I’m always hopeful that somewhere in the annuls of history, the under-paid, always eager-to-please “communications specialist” will be the real story behind the public story.

not relative / not touched up / not massaged = no while lies

my brothers and I were never sure