A fantastic concept magnifies the impact by 3X.

My wife and daughters love IKEA and I can’t blame them.

It’s an amazing store, from product to design, from its visual appeal to its obviously profitable business model.

(Not that I’m a CPA or a good judge of profitable business models… but I did write about Warren Buffet in yesterday’s Encourager. That’s the sole basis for my observation.)

IKEA would probably make it onto Seth Godin’s “Remarkable List.”

That is, something that is so “remarkable” that people will “remark” about it later to others.

Clearly, in IKEA’s case, its leaders have a firm and steady grip on its approach to customer engagement and leverage every opportunity to demonstrate the company’s commitment to the non-wasteful use of space.

Check out what IKEA did with this small, ridiculously average billboard.

They found a way to change colors, change messages, and attract tons of attention.

Here is the link to the 59 second YouTube video about this billboard.

While I got a kick of the way IKEA squeezed three different brief messages out of this little billboard, I’m passing along the video with some measure of risk.

You see, I don’t speak Swedish.

I can only hope that IKEA’s three messages aren’t calling upon young people to —
#1  Buy beer.
#2  Buy cigarettes.
#3  Quit school.

That’d be just my luck.

So enjoy the video free from all cares while I do all of the worrying about what it actually says.

If you watch the video and also find yourself wondering “how many school communicators does it take to replace a lightbulb?” — Join the club!

If you’ve got an answer, I’d love to hear it. It’s got to be better than mine! 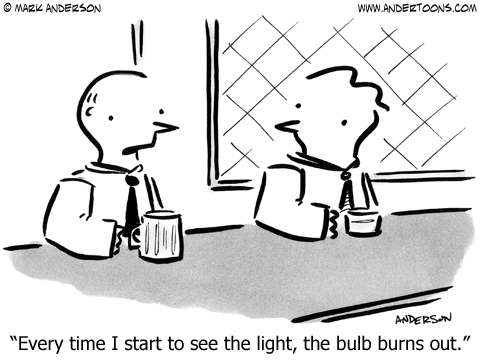