Domino’s Pizza has worked hard to earn this description.

And the strategies they used to achieve it were very much out in the public, so they probably contain a few lessons for us as well.

Lesson #1 (for me anyway) is never write on an empty stomach right before supper.

There were other “turn-arounds” I could write about, but a pizza sounds good about now, so Domino’s it is.

It was either this or Chrysler.

GVSU’s Seidman College of Business publishes a bi-monthly magazine, in which it features the accomplishments of their graduates.

Brandon Solano was featured in this month’s edition. He graduated from the MBA program back in 1994, and as the Vice President for Franchise Development for Domino’s, he was on the leadership team responsible for bringing the pizza chain back from the brink. 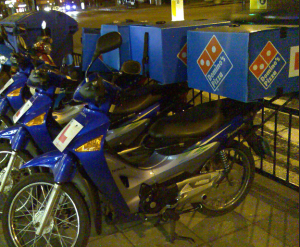 No doubt you’ve seen Domino’s recent ads… where they admitted the need to improve their product, showed the team members who were tackling this head on, and invited customers to send in their brutal feedback.

Solano said that the ads paved the way to increased profits because Domino’s valued the feedback it received.

The magazine highlighted these five take-aways from his remarks.

In a high-visibility environment, with social media always a force, an organization or business desiring to turn-around a product, program, or initiative should —

• Identify and debunk self-limiting myths
• Listen to your critics… but not all of them
• Take risks that will yield the best returns (Go big!)
• Get active support from the top leaders
• Be open to sacrificing what you are for what you could be

Solano said these points were pivotal to Domino’s success.

They’re good for school communicators to keep in mind.

Plus! Not only were they brief, they re-affirmed the brand’s primary profile.

See. I was able to pound out this Encourager for you in 30 minutes or less! 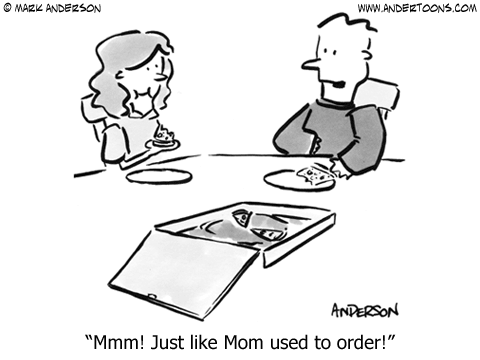