My obsession with tips and tactics often trips me up.

And that’s a problem I need to keep working on. 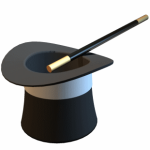 All too often, in my pell-mell mad dash to discover a clever new design template or an innovative tech tool, I’ll stumble and fall while temporarily blinded to what’s really important.

So neither of us could hardly be blamed for our quick pivots toward anything promising to improve our productivity.

The many hats we’re wearing – and the many plates we’re spinning – would all collapse in a humpty-dumpty heap if we didn’t regularly take the time to restock our professional “bag of communication tricks.”

This commitment to “grow in what we know” is an essential component in effectively promoting the great things taking place in our schools.

It’s just too bad we’re so busy… and getting busier everyday.

Perhaps you’ve been in leadership meetings where someone will reference the cliché about the futility and frustration of being asked to “re-arrange the deck chairs” on the Titanic.

(And BTW, monitoring clichés is often my exclusive role at the leadership table!)

Although our schools have nothing in common with a sinking ship, the metaphor of the Titanic  as a “hectic workplace environment” is likely appropriate for most school communicators.

Instead of being given the task of re-arranging the deck chairs – which would be a snap for us – we’re frequently called upon to re-arrange the ice bergs.

And I usually respond to this kind of “overwhelm” in my usual manly-man way... by feeling sorry for myself.

This happens whenever I have a singular focus on those shiny bright tips, tools, tactics, tricks, techniques, and all things Tom.

The swirl from all of these lesser things prevents me from seeing the BIGGER PICTURE.

They keep me mired in the what and how – actually drawing my attention away from the why.

Just a few days ago I read an article in the January 2014 issue of The Rotarian magazine that pushed my why back into focus. 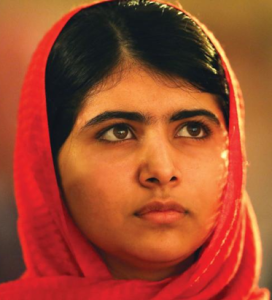 The article was an extensive, but fascinating update on Malala Yousafzai, who was shot by the Taliban in late 2012 when she was 15 years old.

Malala’s only crime was her public defiance of the Taliban’s crack down on the education of girls and her quest to tell the world about the horrors occurring in her home country of Pakistan.

Malala’s unusual resolve and the inspirational story of her survival was the essence of the 2014 Rotarian article.

Here is the shorter online version for you.

In the longer, hard copy version of Malala’s ordeal, there were a couple of passages that shamed me more than a little bit, I must tell you.

She is one passionate communicator.

I write to you, my friends, and peers. And that’s about it.

She writes to change the world.

When Malala wrote her blog back in Pakistan, she did so amidst the sounds of artillery fire and the constant buzz of military helicopters in the sky.

I write to you using my own name… and probably shouldn’t!

She also wrote about her dreams and her desires for an education.

And this is what got her shot. 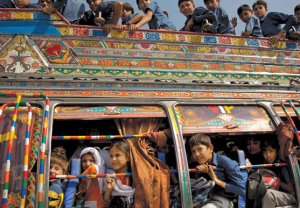 I think you’ll appreciate the link below to Malala’s story – and I know you’ll be touched in your own way.

There were several story-shortening edits between the magazine version and the online one – and I wish the online version contained the quote from her that I thought was the most powerful.

Here it is, however.

When asked for her why (just weeks before she was shot), Malala said –

Whew. Isn’t this a stunner?

I’m grateful that so many people have joined Malala in her continued fight for these universal rights.

I’m also aware that we all have a role to play in our own communities ensuring that our children are free to play, sing, go to market, and speak up… and reminding people that they are so much more than standardized test-takers or blips of data on some Excel spreadsheet.

But because you’re a school communicator, you already know this.

You have a big heart for your own why and why you do what you do.

This makes me both happy and proud to be a member of our unique tribe. 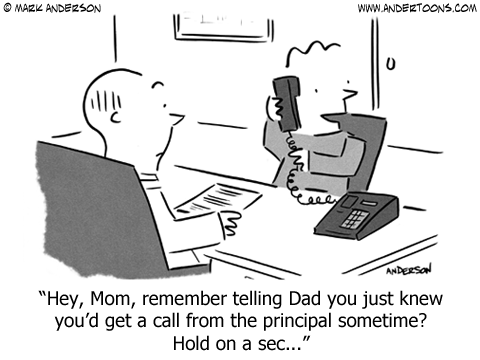