I wonder what C.S. Lewis would’ve thought of YouTube. 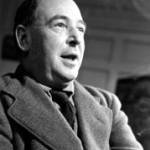 He died in 1963 on the same day in November that JFK was assassinated after a full life of writing about significant things.

He was a professor at Oxford, but you never would’ve guessed. You could actually understand what he wrote.

Lewis employed an empathetic light touch in his thoughts and words, which only added greater weight to their meaning.

He also injected a humorous spirit frequently that likely represented the twinkle in his eye.

Check in with the official C.S. Lewis website and you’ll be reminded why he’s still one of the most enduring authors today.

Because March is Reading Month, I’m reading several selected works of C.S. Lewis… and I came across a quote of his that’s perfect to share with you today.

“It is a good rule after reading a new book, never to allow yourself another new one till you have read an old one in between.”

It’s sound enough… and it made me wonder what C.S. Lewis would’ve thought of YouTube today in 2014.

Would he have advised us to settle down with an old video clip of some kind right after we’ve watched the latest viral craze?

I think he would have.

Now before you scoff (and thus join in with my wife…), consider that Lewis aired his own radio show on the BBC in the mid-1940s.

Of course, I can’t be sure, but I think Lewis took more than a passing interest in the technology of the day and the manner in which ideas got shared.

I can’t imagine him poo-pooing YouTube’s influence on our culture.

He’d be grappling to understand it.

You wouldn’t have to point out to him that 4 billion videos are viewed on YouTube every day, with over 60 hours of new video content uploaded every hour.

Lewis loved to exchange observations and perspectives about all of the “significant things” that make up our lives as humans… so no, I don’t think he’d have ignored YouTube.

it’s with C.S. Lewis in mind that I bring to you this “older” YouTube video that captured more than 74 million views almost two years ago.

It’s possible that you’ve already seen it –making me and about 8 other people on the planet the lone hold-outs.

It’s called “Dumb ways to die” and it was produced by the Australian Metro Service to promote train safety.  No joke. (Click here to view it and I dare you not to be humming this song later in the day.)

I’m convinced Lewis would’ve been fascinated by the use of a creative (or crude) major media channel and how it could be leveraged to extend important messages… and he’d probably appreciate school communicators like us who are puzzling over the same challenge.

He wouldn’t have missed, either  – like I did – these other three popular spin-offs of the original Metro System’s video:

• The Center for Environmental Health – Dumb ways to shop.

• and this “Teen Reaction” show. (which is both hilarious and insightful)

I’m not saying I know what C.S. Lewis would’ve written about or said about YouTube – or the kind of groundswell “Dumb ways to die” ignited – I’m just saying he wouldn’t have missed it.

But after applying to YouTube his words of advice about books, I’m no longer two years behind the pack.

I still can’t believe I missed a video that won all kinds of public service awards and garnered more than 74 million views, though.

It wasn’t like I was trapped inside of a big old wardrobe or anything! 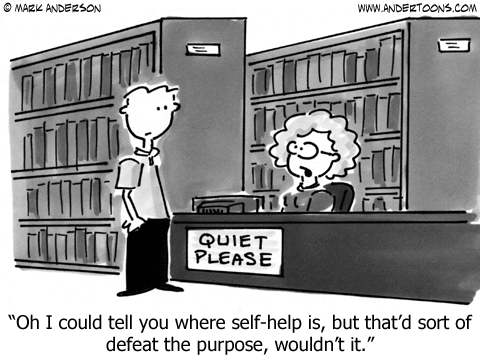