Tap the power of Twitter to connect with the media. 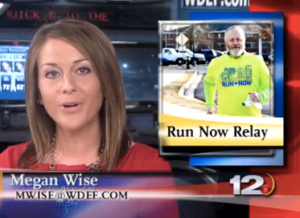 This is an incredible story – especially for school communicators.

And do-able in every way.

So if you have a few minutes today or over the weekend, scroll through this story about how one social media guru and a merry band of runners used Twitter to create awareness for a charitable cause.

I’ve always thought that access to Twitter’s gigantic cyber-megaphone was limited to the very few who possessed crazy-big armies of followers.

This story shows how wrong I was.

It’s now archived with more than 120 others in my “oops” file.

Apparently, you can actually have not much of a following at all on Twitter, but if you take the time to target and connect with certain individuals, you can almost guarantee your message will be amplified by a factor of 27.5X. (Or is it 25.7X?)

It then chronicles how 26 runners then ran 1000 miles to personally deliver their donation – and thanks to their campaign to create a spirited and feel-good buzz within multiple media outlets – they raised even greater awareness for the cause.

You’ll enjoy the way #hashtags were used as sub-headers.

I might even try copying this effect in an Encourager sometime… once I think you’ve forgotten you’ve ever seen it.

And on top of this creative use of hashtags, several other actionable nuggets worth carrying into the new school year were offered.

I was impressed how the author–

•  planned out his Twitter-based media attack,
•  didn’t stop when his initial overtures to the media flopped,
•  used Twitter to then connect with individual reporters,
•  created a dedicated web landing page to “tell the story,”
•  and concluded with #TheNumbers (Want data? Here ’tis!)

This article jolted me like that first step into a bitterly cold, overly air-conditioned room.

You see, I’ve been following four reporters in our community on Twitter for months, and I’ve never understood what to do with any of this.

It never occurred to me that I should be “direct messaging” them a few “solid leads” for good school stories.

And then engaging with them by clicking on their links and showing a reciprocal interest in their work. 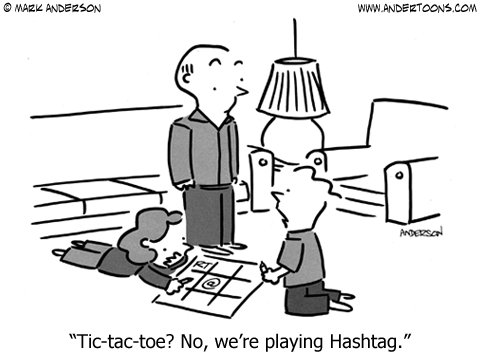