There are still 16 shopping days left.

Every day this week I’m going to clue you in on one of the books I’m hoping Santa will stuff into my stocking.

I’ve selected these books with my on-going journey toward average in mind.

Each one delivers actionable ideas from an experienced perspective well outside of my own comfort zone.

Not that my comfort zone is all that expansive.

I admire those rare people with comfort zones the size of Alaska.

Mine would easily fit within the boundaries of the North Pole by comparison.

Scott Stratten is on the list of Forbes “Top 100 Social Media Influencers.” 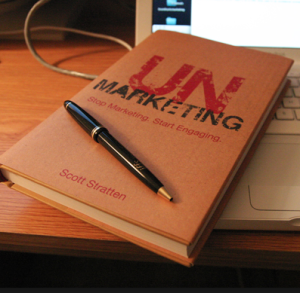 His place on the Forbes list proves this much.

He believes that most of us employ tech tool whiz-bang gimmicks at the expense of building sincere back and forth relationships.

Don’t I wish. Just once, I’d like to be accused of over-using tech tool whiz-bang gimmicks.

It would indicate that I’m making meaningful progress.

But my journey must be properly fueled, so I’m going to keep dropping hints to my family members about Stratten’s book.

When Santa motivates them to get out there and buy it, I don’t think they’ll come home with the wrong book. 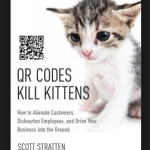 My girls are big time cat lovers. They’ll retreat from this book cover in the same way vampires back away from sunlight.

So I’m confident they’ll get it right.

He really goes after QR codes in his latest book and ridicules them as yet another way marketers set up a one-way communication channel that further alienates their customers.

Here’s the Amazon link to “UnMarketing.”  If you’re really into social media, click on this and scroll down a bit. Amazon has posted a short feature by Stratten called the “Seven Sins of Social Media Marketing.”

It’s a provocative read … and it doesn’t poke fun of anyone’s furry friends; be they dogs, cats, or reindeer.

Four more recommendations are headed your way through Friday.

Do I think I’ll be able to report to you later that I found all five books in my stocking or wrapped up under the tree?

My daughters contend that I’m usually just “predictable or annoying.”

He’s got a tough call to make. 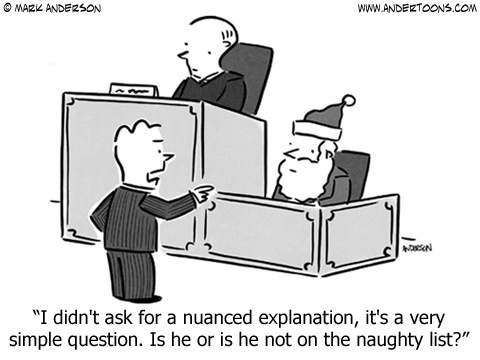