Could you guess the seminar last Thursday was on social media?

Once I get hashtags, mentions, and emojis all figured out – watch out world!

Maybe my daughters will even let me design their wedding invitations.

Well, that will never happen. 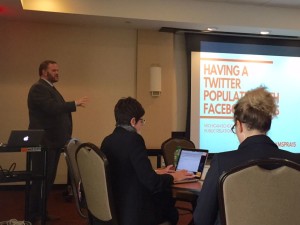 But the MSPRA board sure didn’t make a mistake in bringing Shane Haggerty to its recent seminar on social media.

Shane’s the Director of Marketing & Technology at Tolles Career & Technical Center in Columbus, Ohio, and he packed a ton of useful information into his day-long presentation.

It’s a good thing I drove in from Holland in my father-in-law’s truck!

Not that I really needed it.

Shane was clear and precise.

For instance, one of the gems he tossed out was this simple three-step process of effective messaging on social media.

1.  Define your goals.
2.  Identify your intended audience.
3.  Align and focus your content.

Obviously, either Shane or I made a mistake.

You’ve probably got your own suspicions about who’s to blame.

But I ask you to remember that he is from OHIO.

If ever there was a time to rally to my side for once, it’s now.

So in the spirit of sorting this all out, though, I’m more than willing to delete the word “focus” out of  Shane’s process and make it an undebatable three-stepper.

That’s why I’m willing to take it out of the mix. 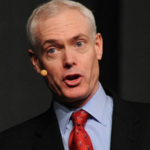 Jim Collins (the Good to Great guru) said that consistent focus is often difficult even in the best of organizations.

He said maintaining an optimal focus is basically dependent upon having not only the right priorities, but having dang few of them as well.

Perhaps you’re familiar with his famous line, “If you have more than three priorities, you don’t have any.”

This quote could represent the everyday enigma burdening every school communicator, don’tcha think?

But it looks like Shane Haggerty and Jim Collins are in total agreement on the whole “three thing.”

It might be wise to give it some heed.

And it sure makes me wish I hadn’t messed up my notes and could count! 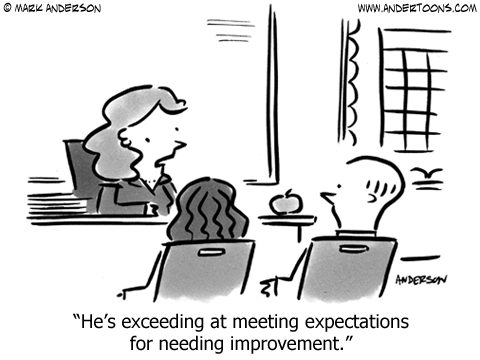