It’s nearly impossible to please both parents and students.

Everyone loves or hates snow days for reasons of their own.

Our school friends and colleagues included. 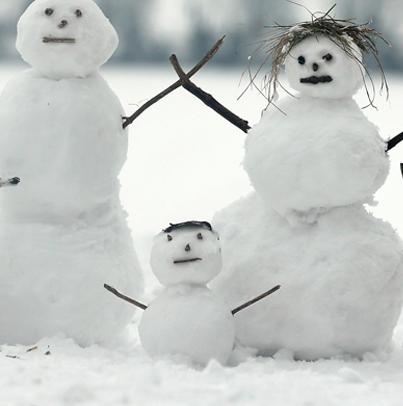 The little one is enrolled in our Fall 2014 Kindergarten program.

I’m not a fan of snow days.

Although snow day decisions are made in the best interest of safety, people will always form their own opinions.

My superintendent and I were facing this reality when he called me yesterday at 5:40 am to talk over a decision to close school.

He had been out driving on crazy snowy roads since 4 am and had been in conversation with other superintendents and our bus supervisor.

Many other school districts in our area had already made the decision to shut down.

As a predominately “city” school district with very few exposed country roads, we are rarely among the first districts to close.

We always listen carefully to the thinking of others and factor in our own street and sidewalk conditions.

The fly in the ointment (or in the ice tray) for us yesterday was the announcement by a few school districts in our county to carry out “two-hour delays” instead of completely closing.

This was difficult for my superintendent and I to figure out.

95% of the districts were shut down. How could the other 5% manage to pull off two-hour delays?

Although I generally don’t like snow days, I’m not fond of these kind of mysteries before breakfast, either.

So I really didn’t have any new light to shed on the 5% puzzle.

Maybe those districts only had 47 students.

Maybe they paid their staffs in cash every Tuesday… and snow days on Tuesdays are politically and contractually verboten.

There were possibilities, but all of them seemed too lame to say aloud.

I could tell my superintendent was intrigued by the “two-hour delay” option when he said he’d call me back with his answer one way or the other at 5:50 am.

While I waited for his call, I wondered who else would know what to do in this situation. 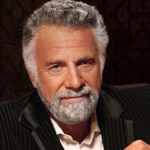 The only person I could think of was “the most interesting man in the world.”

He never bumbles and stumbles about. He’d never fail to give his superintendent five-star ideas in the wee morning hours.

I wished I had “the most interesting man in the world’s” list of accomplishments to confidently fall back on.

100 of his best achievements are listed here on the website of this t-shirt maker.

Nothing I’ve ever done merits a unique t-shirt, and I’m ashamed to admit it.

What chance would I have?

Consider these seven facts about this amazing man:

1.  When he drives a new car off the lot, it increases in value.
2.  The circus ran away to join him.
3.  Bigfoot tries to get pictures of him.
4.  Presidents take his birthday off.
5.  His mother has a tattoo that says “Son.”
6.  Panhandlers give him money.
7.  If opportunity knocks and he’s not there, it waits.

Yep, this guy sure has it all together.

Then the phone rang.

“Any thoughts?” my boss asked.

This seemed to do the trick.

He immediately made the decision to close. 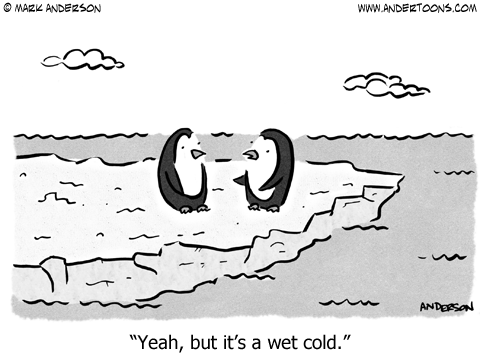