Yikes! I did! But maybe I shouldn’t have…

Two weeks ago I wished you more battles and tense moments in performing your duties.

I told Cindy (my wife) about doing this and she asked in her kind and gentle way, “And why did you think that would be encouraging?!?!” 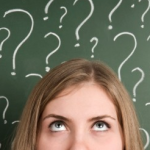 I explained that several top-drawer leadership coaches report that effective organizational leaders often attract resistance to higher expectations, systemic change, and other new challenges, and I was just passing this information along.

No big deal, right? I was trying to be supportive.

“Would you want someone to wish you more stress and tension?” she pressed.

“No, not really,” I said, offering up a verbal olive branch, but mentally shifting quickly into “bob and weave” mode.

“I might’ve mis-read what the experts actually said,” I mused.

“Don’t resort to your bob and weave tricks now,” she said. “They’re so predictable and lame.”

“Ok…” she replied. “All I’m saying is that you should send people emails that are positive and cheery. There have to be experts out there who would agree with that, aren’t there?”

“Perhaps. I’ll go down to the basement (aka my cramped corner office near the utility room) and see what I can dig up.” I said. “I won’t even begin writing Monday’s Encourager until I let you know what I find out.”

[ Three hours of exhaustive research pass – maybe along with a nap – and then I’m racing back up the stairs. ]

“What are you huffing and puffing for?” she asked. “Are you this badly out of shape?”

“Listen to this.” I said excitedly, totally ignoring her two questions by using the ever-rock-solid “deflect to defend” technique, something that I’d never EVER promise to give up.

“I found several experts who said today’s best organizational leaders carefully list all available resources and then strategically allocate and direct them to reduce and eliminate the present problems that are in their way,” I said.

“Well,” I said confidently, “It means that life is very good indeed for leaders who are able to move onto NEW PROBLEMS, after getting rid of their old and recurring problems.”

So that’s my encouraging message of hope for you today — that your current problems are in the process of getting resolved, and that soon they’ll be gone for good, and then, you’ll be able to finally turn your full attention to a host of brand NEW PROBLEMS.

Way to go! I knew you could do it!

You need to know, though, that Cindy’s still a bit worried, and brought up the topic again late last night.

“So now you’re wishing school communicators new problems?!? Why can’t you just say ‘Have a nice day!’ like everyone else?!?”

I wish I had the answer. 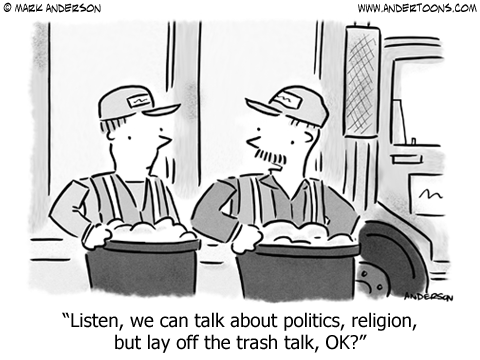