Les Misérables . . . and us school folks.

If little ol’ SCN was going to produce an updated version of the movie of the musical Les Misérables under my direction, instead of Tom Hooper’s, it would be different – but not by a whole lot.

Other than a few notable cast changes (er, staff reductions) to reflect SCN’s scaled down budget, many of the gritty characters and the richly intense settings you enjoyed in the 2012 film would still be on screen for you to enjoy.

In fact, you wouldn’t even notice that Hugh Jackman, Anne Hathaway, and Russell Crowe were absent. Trust me. I’m sure the new leading man, actually the teenage boy who was selling tickets in the theater lobby just last week, will do just fine. Even minimum wage actors have to start somewhere!

SCN’s production of Les Misérables will begin with a strong school communicators connection, of course. With me as the creative director – earning even less than the new leading man, if you must know – it wouldn’t take much to re-write the original backdrop of the story line – from the widespread despair in 19th century France – and replace it with one that infuses the plight of today’s administrators and teachers. Forget about that barricade in Paris! In my film, the struggle, conflicts, and pathos will hit closer to home.

Think this sounds like one big flop? Too far-fetched?

Well, the other night I attended our principals’ and central office leadership meeting. For two hours, our 15-member team put a ton of their collective brain power, knowledge, and soul into research, improved strategies, criteria for future PSDs, and multiple ways to gather and assess achievement data. A lot of work went into this “Common Core Standards” session. And much more will expended in the weeks ahead as well, all in this same area.

As the communications guy, I was the lone “wallflower” at this dance. So I basically just sat and watched. And it struck me how hard everyone in the room was working to live up to and please some complex (to me, anyway) arbitrary standard. I saw my colleagues really busting their humps, but without their usual high energy and passion for their students and families. I felt awful seeing them labor to “exceed expections” on a mandate – an obligation – and not what would ignite delight in their schools.

In trying to write regular notes of encouragement  to you (a work in progress), I had to chase away this dark cloud quickly . . . and this is where Les Misérables came to mind.

Recall that the recent 2012 movie begins with about hundred prisoners or more all pulling on heavy wooden oars. Like slaves on a galley ship they were rowing away in unison, feeling the sting of the lash, and suffering under the constant vigil of Inspector Javert.  As hard as they were working, they really weren’t going anywhere. There wasn’t even a destination. The prisoners were only attempting to free a large ship, which was stuck in port on a sand bar. They succeeded in the task. But for what? To row again tomorrow?

SCN’s production of  Les Misérables  will still make use of this footage. Only now supervising the rowers will be the able and wise Supt. Jean Valjean along with the “never give up, we can do this” curriculum director Fantine. The sad-faced rowers will now be played by assorted school administrators and teachers . . . and for any movie viewers unable to see the difference between the school staff stand-ins and the 19th century French convicts from the real movie, I’ll use sub-titles.

So cut! That’s a wrap! A fantastic scene 1 is in the can. I’ve used most of the props and staging from the original. Although I’ve replaced Inspector Javert with qualified and caring leaders, I’ve maintained the hopelessness of the nonstop rowing with “no end in sight.” Talk about a cheap way to produce a re-write!

Now on to Scene 2. Which I really don’t have yet because I’m waiting to see how all of the push on core standards and the accompanying tunnel vision on data plays out.

Here’s one way I’m following it, though; knowing full well that my movie needs more than a spectacular opening scene. Dr. Yong Zhao is an international scholar on culture, education, and technology. He has spoken at many of our conferences and leadership summits. He has some reservations about our emphasis on Common Core Standards. Whether you agree or not, this is a very good article to spend some time with.

For sure, I will be highlighting portions of Zhao’s article. I’ve got a screenplay to write! 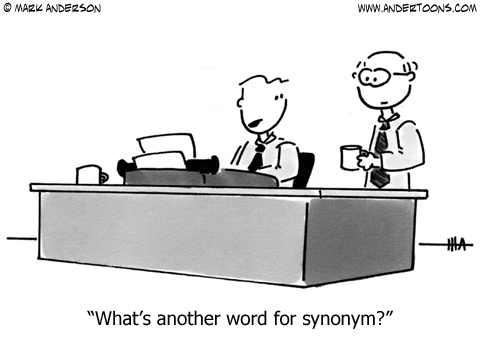