So which is it? Yesterday I heard two different news reports on the radio about 20 minutes apart. Both news directors referenced an announcement by ADP, our nation’s largest payroll processing firm, that 118,000 jobs were added to payrolls last month. While both news directors cited the impact of Superstorm Sandy and presented the same 118,000 figure, one announced that “Hiring is heading up” while other stated minutes later that “Hiring is headed down.”

Since I’m assuming that an employment trend cannot actually go up and down at the same time (and if it can … you can stop reading now), the take-away I’ve drawn from these contradictory news reports is that ADP must have released its hiring numbers without providing a simple summary statement which placed their calculations in context. ADP probably assumed that news directors could read over its report and be able to make accurate interpretations on their own. (And those cries you now hear in the distance are school communicators united in shouting, “Big mistake, ADP!”)

I’d love to be clever and poke fun at ADP –  except that I now wonder how many times I’ve made the same blunder. Dang it!  I now realize that in many of the pieces I’ve written for my own school district, I’ve often left the “bottom line summary” component up to chance. Readers would figure it out. After all, wouldn’t every reader in our community arrive at the same conclusions I do? Doesn’t every reader out there think and behave like me? (Don’t panic, folks. Few people think the way I do. The streets are still safe.)

One of my former superintendents (and a great boss, btw) always insisted upon a well-clarified “frame” for every critical message. This is still good advice. I should heed it more. Sometimes I’m too busy trying to be creatively cute when I should be concentrating on being crystal clear. Readers should not be left wondering, “So which is it?” 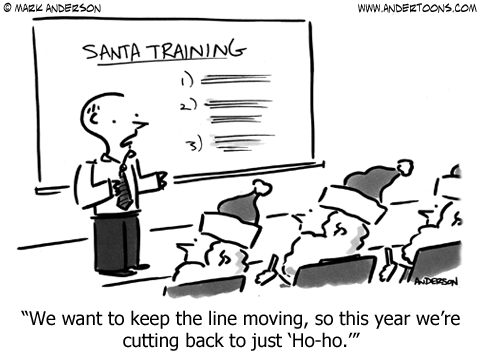