A tribe. An association. A gaggle. What’s yours named?

We school communicators have a number of group affiliations. And while Groucho Marx said that any group that would have him as a member, he wouldn’t want to join – I can’t be so choosy.

If the invitation to join your group is in the mail to me, I’m watching for it like an 8th grader looking out for snow, ice, and high winds late on a school night. (But despite all of the assurances I get over the phone, not one promised invitation has found its way to me yet. So when I hear “your invitation’s in the mail,” it reminds me a bit about what they say about checks. It’s a good thing I’m a very patient guy.)

At my Rotary breakfast meeting the other day, I heard a woman speak who, through no fault of her own, made me think about “all of us” in a different light –  that is, the “all of us” who are serving as school leaders and school communicators.

Her name was Jane, and topic was not about “us,” though. Far from it. In less than 30 minutes she spoke about the trip she and her college-aged daughter took to Africa, specifically to the territory known as the Democratic Republic of the Congo (DRC). She had photos of the war-ravaged terrain and brief videos of women who described the brutalities they endured while caught in the midst of it all.

It was heart wrenching. The women in the videos, the victims of so much violence and humiliation, were not describing isolated incidents or a one time tragedies (like earthquakes or floods). I only wished they were. They were talking about their lives in the DRC. Fear always present. Everyday.

The DRC area is called the “rape capital of the world.” More than 5.4 million people have died in the conflicts and fighting inside its borders since 1998. One out of every three women in the region carries the burden of horrific sexual trauma.

What Jane described was unimaginable. It’s gotten so bad in the DRC that even the UN retreated from its “peacekeeping” presence and escaped to a safer place. Rarely do I feel this empty. But I did on this morning. If I could’ve left the room diplomatically, I would have. This message of utter despair made me feel helpless and cowardly.

But Jane wrapped up her presentation in a way that inspired me. She said that she and her daughter journeyed to the DRC as representatives of a new organization committed to bringing hope and healing to the thousands of victimized women and children left alone to struggle with their pain, trauma, and medical conditions.

Jane concluded by distributing materials prepared by the communications team of the “She’s My Sister” organization. Standing near a table full of different materials (with items you could’ve guessed!), Jane showed us her informational flyers, testimonial DVDs, the YouTube channel, shirt pocket info cards, lists of agency partnerships, self-addressed envelopes, live special event announcements, and small magnets which highlighted the link for an interactive website.

The materials weren’t slick. But they connected with a now-informed audience that was gobbling them up, eager to get out of their seats and “into the streets.” (as the entrepreneurial crowd would say…)

I’m sorry for the round-about way of getting to the point (exactly 500 words right here, but who’s counting?), but I was proud to see everything that some other communication specialists whose names I do not know had created on behalf of the “She’s My Sister” organization. Their work gave Jane an effective close for her presentation. Their work made a great cause more memorable and also made a “better tomorrow” in the DRC seem more possible. The communication pieces they prepared were going from Jane and into other hands, going on to spread the word through other people in other places. No small achievement.

All of this made me proud of your work, too … and even of my own, though it’s far from perfect. I’m proud that the stories we tell about our schools are anything but trivial.

Make no mistake. Jane was a focused and sincere presenter. But with a backpack of engaging communication materials to support her, Jane succeeded in her goal of attracting new support for a worthwhile cause beyond what she could’ve done by herself.

As a one-person school communications office, I sometimes feel overwhelmed. And, despite peers, teachers, and other staff members all around me, sometimes I feel alone in doing my job. Weird, huh?

But just hearing an impassioned speaker talk about a great cause, and make good use of the quality communications tools within her grasp, got my thinking back on track.

We school communicators are charged with promoting and supporting a pretty darn good cause, too!  And not only does our cause needs us – we need each other.

Yes, there’s much to still learn. But there’s also much to celebrate. And this is where NSPRA, MSPRA (MI), and all of the other state school PR groups step in big time. They exist to help us attract and build even greater support for our own good cause. No small achievement.

And whether you call any of them a tribe, an association, or a gaggle, it’s up to you. Another word that works for me is a “blessing.” Thanks to them. We’re never really alone.

Next week, March 7-8, MSPRA is having its annual conference in Lansing, Michigan. MSPRA co-presidents Anita Banach (Clarkston Schools) and Rebecca Fannon (Grosse Pointe Schools) invite everyone to attend. Walk-ins are welcome. And they’ve even promised me that my personal invitation is “in the mail.” 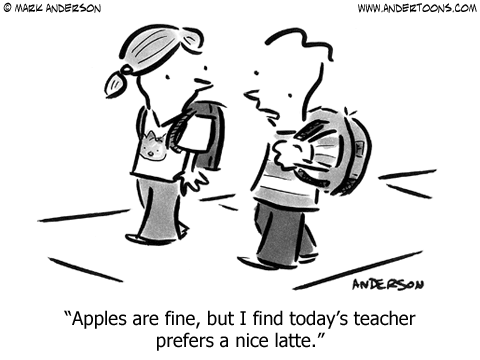