You’ve got to admire the leaders of any school district who – after countless hours of needs assessment, discussion, and thought – make the official announcement that they’re going to launch a public campaign to ask voters in their community to approve a building bond or funding request. On top of all of their regular work and family responsibilities, they’re willingly cramming lots of “school election stuff” into their already full calendars. They’re taking their high commitment to education and turning it up even higher – perhaps all the way to #11 on the Spinal Tap scale. Gotta like that!

These folks are rare birds indeed in the grand aviary we call politics. And the odds are you’re one of them, too. (Peep!)

Studies consistently show that the majority of people will go out of their way to avoid anything that hints of a political campaign or election. When you factor out our presidential campaigns, which can dramatically overwhelm normal media schedules and news coverage by the sheer magnitude of their budgets, most people would rather clean the garage (even a neighbor’s) than have anything to do with an upcoming election.

Incredibly, people who spends more than 30 minutes per week reading non-tabloid type news (print or online) are frequently classified as “informed activists” by researchers. People who spend more than one hour per week studying and discussing issues outside of their workplace (and participate in campaigns occasionally) make up less than 1/2% of the general population. These are “engaged advocates.”

So there’s data to back up my contention that you and other school leaders are “rare birds.” Most people simply won’t invest in your district or your community the way you do. If your spouse sometimes thinks you’re a nut (with time management issues and mixed up priorities), it might be wise to just quietly concede the point. You’re on the wrong side of the facts.

Because I appreciate every school leader who valiantly steps up (or down) into the election campaign arena, I am spotlighting campaign planning this week. In the midst of a busy and evolving election campaign, you and others on your team will usually face all kinds of surprises, obstacles, and detractors. You don’t need to be burdened by a bad campaign, too.

By honestly discussing and answering these four questions with your core campaign team members, you’ll have the cornerstones of a solid campaign plan you can build upon.

Every school election team that is seeking voter approval for a building bond or tax revenue request needs to answer:

#1)  Is this request really necessary?

#2)  Is the proposed solution stated in the request reasonable?

#3)  Is the proposed solution affordable for most of the people we’re asking to support it?

#4)  Is the proposed solution just a band-aid or is it anchored in a long-term vision?

These four questions are so simple, I know it must be tempting to answer: Yep. Yep. Yep. and Yep. (That was easy! Let’s decide the colors of our logo now…)

Well, don’t start rushing to record videos and push out emails to your key communicator group just yet. When your district is making a request via the ballot box, every minute you wrestle with these questions will pay dividends.

Yes, I have been part of school election campaigns where what we were asking for had too much “wiggle room” to be honestly described as “necessary.” I’ve seen campaigns promote complicated proposals that only the Society of Mechanical Engineers could see as  “reasonable.” And, for sure, if only Warren Buffet can comfortably pay the tab if your request is passed, you won’t even need a red flag to signal trouble.

I’ve found that the majority of voters are always open to a request coming from their school district that is well thought-out, respectfully presented, affordable, and provides a long-term solution to a clearly understood problem. The hard part is actually doing this.

Taking the time to discuss and answer the Four Questions within your own team will enable you to offer public messages later that connect and ring true. Without the use of “spin” or clever word-parsing, you will assure voters that you share their beliefs and have been listening to them all along.

And speaking of offense and defense – how ’bout that Super Bowl? Did you see how several major brands took to Twitter during the stadium’s power outage?

Talk about a quick response. Very impressive. See for yourself if you missed them. 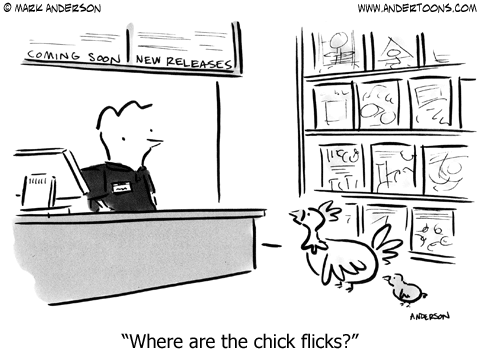