“Know your audience.” I’ve heard this hundreds of times.

If you’ve attended any communication workshops at all, you’ve probably heard more than one speaker haul out his or her best “Moses” impersonation while proclaiming the standard “know your audience” commandment. Whether the actual words were “target your audience” or “direct the focus of your message,” none of these admonitions ever seem unique or necessary to me. They’re not new. They’re old hat. (older than this cliché even…)

But in today’s exploding era of social media marketing and communicating, I’m discovering – despite my complacency – that the speakers pushing out this advice are still right. (Maybe they really were Moses after all …)

So better listen to them, not to me. And here’s one such expert for you.

Steve Aedy of Socialnomics wrote about this “know your audience” factor last week and said we should keep some things in mind when using Facebook and Twitter. Of course, he began his article by first asking if you (who me?) were one of those who just dumped Facebook and Twitter into a social media strategy without a good grasp of the differences between the two. I’m not sure I can even create a decent social media strategy, let alone accommodate for Facebook’s and Twitter’s differences within it – but, oh well, at least telling you today about what I’ve learned makes me feel better. (Thanks for nothing, right? I hear ya.)

Demographic differences: Aedy says that Twitter has a much younger audience, that half of all users are under age 34. (After I join, though, this will pop up to 48.6.) About half of Facebook’s users are over age 45. Aedy believes the difference is significant and that messages should be crafted accordingly. Facebook messages should be more mature. Twitter’s should be more hip and “right now.” (Don’t worry. There’s got to be a workshop out there that can help us become more “hip.” My daughters usually send things like this my way.)

Relationship differences: Aedy says that Facebook users desire to a greater degree to connect with friends and family members and want to nurture and grow their offline relationships. Twitter comments are less personal. Because of Twitter’s extensive search capabilities, users are able to engage on topics they like. Their circles of influence are therefore greater. (Once again, this is only true until I sign up. My circle of influence of “3” may impact some of Twitter’s advantage.

Message life differences: Like dark chocolate in my house (hidden), the typical tweet doesn’t have much of a shelf life. Facebook discussions can go on for hours and days, not so with Twitter. It’s more of a real-time vehicle. If you have something important to say via Twitter, send out multiple tweets on the same day and consider re-sending them later as part of a planned schedule.

Writing differences: Facebook employs an algorithm to rank and highlight posts that are creative, relevant, and well-written. (Which now clears up why I hate algorithms!) Twitter does not. Aedy advises people who write for Twitter or Facebook not to worry about this difference. Just be thoughtful, don’t panic. and simply “write smart.” (Like I’d know how to do this? What the heck?)

Posting and formatting differences: Want your tweet to be re-tweeted? Keep it under 90 characters. Passionate about your topic? Find a relevant keyword and include it as a hashtag in your short tweet. Facebook doesn’t count characters. This creates an advantage. Take the time to share your personality and life events (in offline fashion). Good images are important, too. On both Twitter and Facebook, your words set the tone. Make sure they match what you intend.

I guess I should thank this Steve Aedy guy someday. He’s injected fresh perspectives into the ol’ “know your audience” mantra. I thought I already had this down pat. Oops! 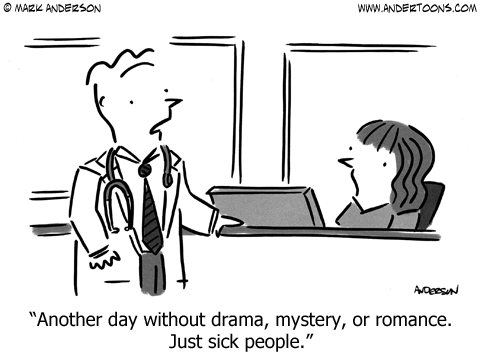